Rabat - As the world celebrated International Youth Day on August 12, the High Commission for Planning (HCP) published a survey of socio-economic demographics of Moroccans aged 15 to 24, on the basis of the 2014 General Population and Housing Census. 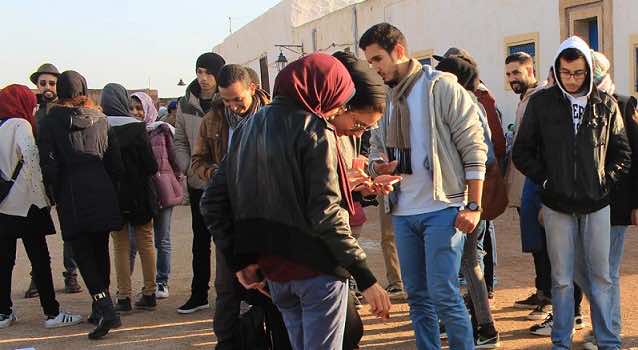 Rabat – As the world celebrated International Youth Day on August 12, the High Commission for Planning (HCP) published a survey of socio-economic demographics of Moroccans aged 15 to 24, on the basis of the 2014 General Population and Housing Census.

With 19.1 percent of 10- to 24-year-olds, the Casablanca-Settat region had the kingdom’s largest youth population in 2014. Marrakech-Safi region was second with 13.5 percent, followed by Rabat-Sale-Kenitra (13.2 percent) and Fes-Meknes (12.6 percent).

In 2014 the rate of illiteracy among young people in Morocco reached 11.0 percent. The HCP noted that young people are globally less exposed to illiteracy, although there are disparities between them in terms of gender and place of residence.

HCP’s survey showed that the difference in illiteracy between young men and women is considerably reduced when one moves from rural to urban areas. It found that 14.8 percent of girls are illiterate compared to 7.2 percent of boys.

Illiteracy rates among young people aged 15 to 24 ranged from 4.0 percent in Laayoune-Sakia El Hamra to 13.3 percent in Beni Mellal-Khénifra region.

The source added that 14.6 percent of students had access to high school education, while 10 percent had their higher education in the same year.

22.9 percent of young boys had finished primary education, compared with 26.8 percent of girls.