Rabat - “I do not know whether what beats so strongly in my heart, in my mind and in my self will one day see light as a manuscript,” once said the late Abdelkrim Ghellab, who died on Monday at the age of 98, in an interview with European literary publication Remembering for Tomorrow. 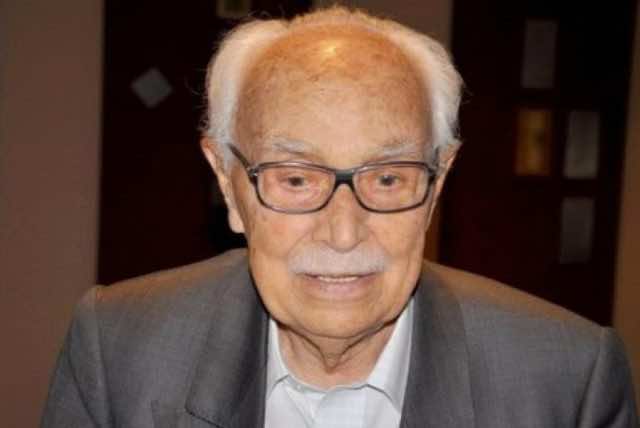 Rabat – “I do not know whether what beats so strongly in my heart, in my mind and in my self will one day see light as a manuscript,” once said the late Abdelkrim Ghellab, who died on Monday at the age of 98, in an interview with European literary publication Remembering for Tomorrow.

This seemed typical of a man whose long and rich life, part of which was recorded by his own hands in his semi-autobiographical works, had always been associated with writing, as a novelist, journalist, politician, historian, and participating witness of Moroccan and North African history.

A Pioneer and National Treasure

In 1968, Ghellab was already a journalist, political writer, and well-established member of the Istiqlal Party (PI), when he published the novel ‘Dafana Al Madi’ (We Buried the Past).
The book came to shake up the Moroccan literary scene and later on grew to be one of the classics of modern literature in the kingdom.

The story, which chronicled the life of a family from Fez through the pre-occupation era, French colonialism, and Morocco’s early independence, could be described, as Moroccan writer Najib Moubarak argued, as the truly first Moroccan novel.

Moubarak said the book ushered Moroccans into “a new literary consciousness” that saw writers move from writing about individual, autobiographical experiences to dealing with social life and the human experience.

Despite criticism in later years, Moubarak said that the novel laid the foundations for modern Moroccan literature and that the book, like any other experiment, should be forgiven for any shortcomings.

In addition to being a pioneer, Ghellab was also a prolific author for whom writing seemed a daily exercise.

Even when he assumed a ministerial job in the 1980’s, he could not stop writing. Dozens of books were published bearing his name, from literary works (Lemalem Ali, Choroukh fi Maraya), to essays on politics and religion (Tarikh Al Islam, Fi Al Fikr Assiyassi) to personally-witnessed historical accounts (Tarikh Al Haraka Al Wataniya).

Despite the diversity of his writings, he saw literature as having a special importance, as it allows one “more freedom” and “highlights all human feelings,” he explained during an interview with Al Arabiya a couple of years ago.

Unlike other writings, literature alone can enable the author “to dig deep into human souls,” he said.

And indeed it seems that is literature that guaranteed him a status that defied time and geography. His 1974 novel “Lemaalem Ali” was chosen by the Union of Arab Writers in 2011 as one of the best 100 Arab novels of all time.

“He was what Antonio Gramsci called ‘an organic intellectual’, one that used not to live in his ivory tower but was rather close to people,” Adil Benhamza, a leading Istiqlal member and parliamentarian, told Morocco World News. “He is one of the rare personalities in Moroccan political and cultural scene.”

Benhamza said that Ghellab’s death was not just a loss to Istiqlal, for which he had been a legendary figure, but to all of Morocco, something which he said everybody in the country would agree on.

The MP attributed the wide respect enjoyed by Ghellab, even among the younger generation, who mourned his death on social media, to the different aspects of his personality as a politician, a historian, and especially a fiction writer.

Benhamza said that literature stands the test of time and can “build a bridge between generation and historical periods.”

“The career of a politician can end at at a certain moment,” but it is the“cultural aspect that would keep his memory alive in people’s minds,” he explained.

For Benhamza, cinema has also a role to play in preserving his memory, just like Egyptian cinema did with the film adaptations of Naguib Mahfouz’s works. “Not everybody read novels,” said the Istiqlal MP.

Life to the Fullest
Born in 1919 into a family of the local bourgeoisie in Fez, the home city of good number of Morocco’s political elite in the first half of the 20th century, Ghellab’s educational started with learning and memorizing the Holy Quran in the city’s madrasas before moving to a modern school.

Like many other children of his generation, receiving education at Fez’s Al Qarawiyyin was a must, and he joined the legendary university in 1932. After that, knowledge would have been pursued either in the West or the East.

Instead of going to Europe, he went to Cairo in 1937 where he studied literature and started his career as a journalist, becoming actively involved in cultural activities in the campus.

Cairo also provided an environment where he could actively work for Morocco and the other Maghreb countries’ independence from French occupation.

In 1944, along with other Moroccan nationalists, he submitted a petition to the embassies of the Allies calling for the independence of Morocco. Three years later, he was among Moroccan nationalists to help Mohamed Ben Abdelkrim El Khattabi flee into Egypt when the ship carrying him stopped at Port Said.

When he returned in Morocco in 1948, his journalism career was inseparable from his political engagement for the independence of Morocco.

Both the newspapers Rissalat Al Maghreb, of which he was the editor and chief, and Al Alam, for which he wrote, were banned by the French occupation in 1952.

After Morocco’s independence, he continued to assumed countless cultural and political positions.

As a longtime leading member of Istiqlal, a former MP during the 1970s, 1980s and 1990s, a former president and vice-president of Morocco and Arab writers unions between 1968 and 1981, a former chief of Morocco’s journalist union for two decades, a vice-secretary general of the Arab union, and a member of the Moroccan Royal Academy since its creation in 1980, Ghellab lived a life full of political service.

“During my life I have been witness to many developments in which I made a contribution and others made a bigger one,” he told Al Arabiya.

“I have lived a life that I wouldn’t have wanted to live in any other way.” 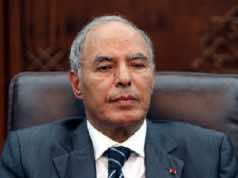 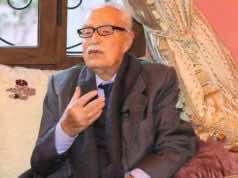 Abdelkarim Ghellab, Pioneer Writer and Politician in Morocco, Dies at 98