Rabat - The return of Moroccans living abroad this summer season has been quite the boost for the net international reserves, which reached MAD 205.3 billion as of August 4. 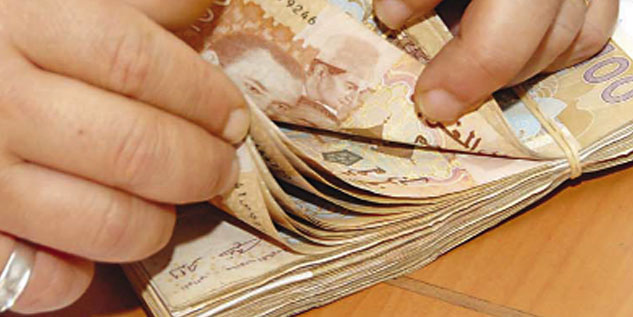 Rabat – The return of Moroccans living abroad this summer season has been quite the boost for the net international reserves, which reached MAD 205.3 billion as of August 4.

With a weekly increase of 0.8 percent, foreign currency reserves marked their third consecutive week of increases. However, year-on-year, they still show a decline of 14.9 percent.

From August 3 to 9, 2017, Bank Al-Maghrib injected MAD 66.7 billion in the form of 7-day advances through a call for tenders. Taking into account an amount of MAD 4.5 billion granted under the support program for the financing of the SMEs, the total volume of interventions amounted to MAD 71.2 billion.

On the interbank market, the weighted average rate was 2.30 percent and the volume of trade dropped from 5.4 billion to MAD 3.5 billion.

The Moroccan central bank added in its latest note that the Treasury retained 2.7 billion out of a proposed amount of MAD 3.4 billion. Subscriptions were for 52-week bonds at 2.36 percent and 5 years at 2.85 percent.

Taking into account the reimbursement of MAD 3.5 billion during the period from August 10 to August 16, 2017, outstanding Treasury bills now stand at MAD 510 billion on August 16, up 4.1 percent compared to the end of 2016.