Rabat - The Spanish maritime rescue service has saved 339 migrants who attempted to cross the Mediterranean from the Moroccan coast on Wednesday, August 16.

Rabat – The Spanish maritime rescue service has saved 339 migrants who attempted to cross the Mediterranean from the Moroccan coast on Wednesday, August 16.

According to the same source, the Spanish maritime rescue service said that the migrants were taken by three ships to the southern Spanish city of Tarifa.

The Spanish website said that one of the ships was carrying 34 migrants from sub-Saharan African countries. The rest of the would-be migrants came from the Maghreb countries.

Tens of thousands of migrants from Africa are undertaking the fatal journey to Europe on board smugglers’ boats every year, with many drowning along the way.

The International Organization for Migration (IOM) said that an estimated 180,245 migrants and refugees entered Europe by sea in 2016, arriving in Italy, Greece, Cyprus and Spain, from January 1 to April 20.

The number of fatalities stand at 1,232, including nearly 500 believed to have died off Libya earlier this month, the organization added.

IOM estimates that some 25,586 migrants and refugees arrived in Italy by sea between January 1 and April 21, 2016. Of these, 6,200 arrived during the first two weeks of April.

Spain’s Interior Ministry estimated the number of migrants successfully reaching Spain via the border fence route was about 3,200 in 2016. So far in 2017, they say, that number has already doubled. 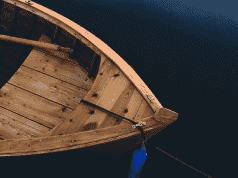