Rabat - The Public Prosecution at the Rabat Court of Appeal has ordered the founder of the Moroccan media platform “Rassd Maroc” to be placed under preventive detention. 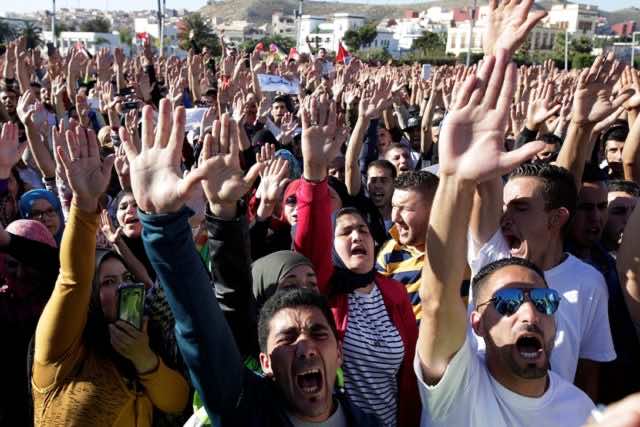 Rabat – The Public Prosecution at the Rabat Court of Appeal has ordered the founder of the Moroccan media platform “Rassd Maroc” to be placed under preventive detention.

Abdelkabir El Hour is being prosecuted for “praising terrorism” and “inciting on civil disobedience.”

He was detained a week later in Marrakech following an arrest order issued by the Crown Prosecutor in Rabat.

“Rassd Maroc,” a website said to be close to the Islamist opposition group Al Adl wa Al Ihsane (Justice and Charity), is known for taking anti-state stances during its coverage of the protests in Al Hoceima.

The website’s founder took the name “Rassd” from an Egyptian news network accused of having ties with the Muslim Brotherhood in Egypt and known of its opposition to the regime of President Abdelfatah al-Sisi.

While its is not clear how the “Rassd” “praised terrorism” according to the Public Prosecution’s allegations, it promoted a hardline-stance vis-à-vis the state regarding the crisis in Al Hoceima.

During its coverage of the protests in Al Hoceima, whether on its website and its Facebook page, the outlet advocated for a political agenda for the protest movement and the internationalization of the Rif crisis. It also advocated for civil disobedience through several posts, praising its measures as a “peaceful way” to rebel against “unjust laws.”

In one of its posts, “Rassd Maroc” called on people to “refuse paying taxes and water and electricity bills,” “refuse to deal with courts and police services” and “boycott work.”