Rabat - The Crown Prosecutor at Al Hoceima Court of Appeal has denied that Abdelhafid El Haddad, currently in a coma in the city's hospital, had been hospitalized after inhaling tear gas during a protest. 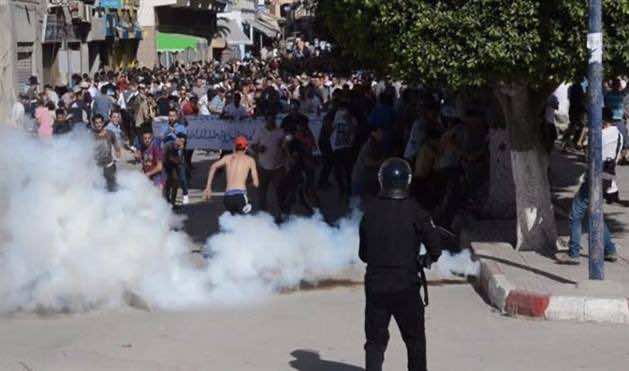 Rabat – The Crown Prosecutor at Al Hoceima Court of Appeal has denied that Abdelhafid El Haddad, currently in a coma in the city’s hospital, had been hospitalized after inhaling tear gas during a protest.

El Haddad has reportedly been transported to Oujda, north eastern Morocco, after his condition deteriorated.

In a statement issued on Wednesday, the Crown Prosector said that the rumors circulating on social media and websites are false, denying that El Haddad inhaled tear gas on August 9, during renewed protests in the northern Moroccan city.

The Crown Prosecutor said that El Haddad was taken to hospital because he was following treatment for asthma.

He added that El Haddad’s wife confirmed this during her questioning by the judiciary police.

However, Abdessadek El Bouchtaoui, a Rif-native lawyer and a member of the defense team of Rif detainees, maintained that El Haddad was hospitalized after he inhaled tear gas, adding that he has been in coma since August 11 because of a medical injection that deteriorated his condition.