Rabat - Two vehicle-ramming attacks were committed a few hours apart in Catalonia in northeastern Spain, killing 13 people and injuring about 100 people of at least 18 different nationalities in the touristic center of Barcelona, while five “suspected terrorists” were shot down in the beach resort in Cambrils. 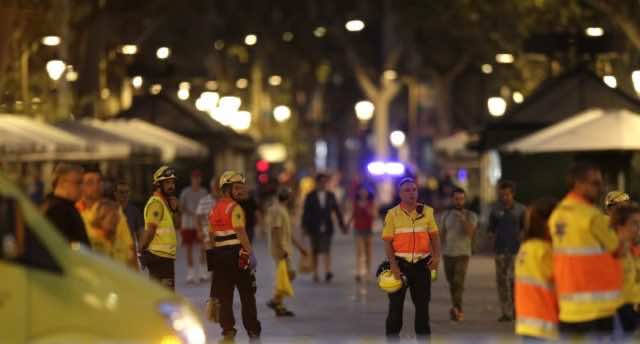 Rabat – Two vehicle-ramming attacks were committed a few hours apart in Catalonia in northeastern Spain, killing 13 people and injuring about 100 people of at least 18 different nationalities in the touristic center of Barcelona, while five “suspected terrorists” were shot down in the beach resort in Cambrils.

A white Fiat van drives into the crowd on the Las Ramblas area, the most frequented by tourists in the Catalan metropolis. The attack is quickly claimed by the Islamic State jihadist group. The driver of the van quickly flees the scene after mowing down passers-by.

Soon after, two suspects, a Spaniard and a Moroccan, are arrested by the police in two localities, respectively 100 km and 200 km away from Barcelona.

At the time, Catalan authorities confirm they are dealing with a terrorist attack, stating on their official Twitter account that the “terrorist attack protocol has been activated.”

Upon seeing his name and image circulating on social media, Oukabir turns himself in and is then arrested by Catalan police. Oukabir states that his passport and ID were stolen and claims to have taken no part in the attack.

Through its Amaq news agency, the Islamic State claims responsibility of the Las Ramblas attack on Thursday night.

ISIS states in its communique that the perpetrators of the attacks are “soldiers of the Islamic State.” The veracity of the claim, however, has not yet been verified.

A second suspect is arrested. According to police official Josep Luis Trapero, the unnamed man born in Melilla, was arrested in Alcanar, where a house exploded on Wednesday night killing one person and wounding 16 others.

Trapero confirms that the explosion was in fact related to the Las Ramblas attack, as the individual in the house were attempting to “prepare an explosive device.”

Catalan authorities said that the explosion was due to an accumulation of gas, but did not release further details.

1 am, Cambrils, South of Barcelona

Early hours of Friday, the police announce that they have shot five “suspected terrorists” in Cambrils, 120 km south of Barcelona. “The alleged terrorists were driving an Audi A3 and apparently knocked down several people, before encountering a Mossos d’Esquadra patrol where the shooting started,” a spokesman for the regional government says. Some of them wore explosives belts, adds a spokesman for the Mossos.

Six civilians and one policeman were wounded when the car mowed pedestrians at around 1 am on the seaside promenade of the tourist resort. One of the injured civilians is in a critical state, Catalonia emergency services say on their Twitter account.

The police say on its Twitter account that it considered the attack as linked to the Las Ramblas one. “If you are in Cambrils, do not go out,” the regional police of Catalonia had warned on Twitter.