Rabat - During August 20 Royal Speech, King Mohammed VI affirmed that Morocco’s relations within Africa have supported the kingdom’s position in the Western Sahara. 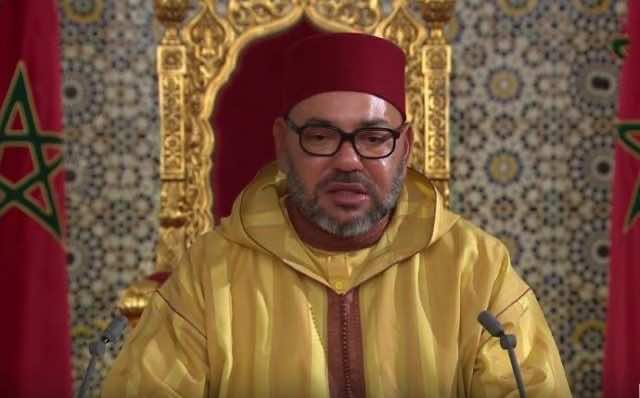 Rabat – During August 20 Royal Speech, King Mohammed VI affirmed that Morocco’s relations within Africa have supported the kingdom’s position in the Western Sahara.

“Our African policy has had a direct, positive impact on the question of our territorial integrity, be it with regard to states’ positions or the resolutions adopted by the African Union,” said the King.

Paving the Way to Settling Western Sahara within AU

For the King, “2016 was the year of resolve and intransigence, during which we matched action with words to thwart the schemes designed to impinge on our rights.”

In July 2016, Morocco formally stated its intention to return to the African Union in a message to the AU summit in Rwanda, and urged the AU to reconsider the membership of the self-proclaimed SADR.

This decision received the support of 28 countries from the AU, which also called for the suspension of Polisario’s membership.

Return to AU and Its Impact on Western Sahara Issue

Morocco’s effort to retrieve its rights bore fruits in 2017, according to the King.

“2017 has been the year of clarity and of a return to the standards and principles for the settlement of the artificial dispute over the Moroccanness of the Sahara,” he said in the speech.

For the past three decades, Morocco’s foreign policy efforts to defend the country’s position in the Western Sahara were weakened by its absence from the African Union.

While Morocco was away from the pan-African organization, Polisario, Algeria, and South Africa had free hands to use the AU to deviate the UN political process and refocus the debate on the question of human rights or the exploitation of human resources.

Now, with Morocco refocused on the African continent, it has regained leverage to defend its interests in the Western Sahara.

“This firm, unambiguous policy has helped put the process back on the right track, thereby halting the plots designed to divert it into the unknown,” said the King.

With Morocco’s return to the AU, Polisario, Algeria and South Africa will no longer be able to use the organization to harm Morocco’s interests.

The return to the AU has also “has given fresh momentum to the examination of this question at the United Nations.”

By working from inside the AU, Morocco will now be able to establish alliances in a way that would thwart any attempt to interfere in the UN-led political process.

“Morocco’s strategy to defend its territorial integrity is confirmed by the UN Secretary-General’s report as well as the Security Council resolution adopted last April,” explained the King, “be it in terms of commitment to the frame of reference for a settlement, the appreciation of the autonomy proposal as a negotiating framework, or the determination of the legal and political responsibilities of the real party concerned in this regional dispute.”

The UN Secretary-General’s report came to a certain extent in favor of Morocco, as it contained significant points in the recommendations section that go against the aspirations of Polisario.

The Secretary-General did not recommend expanding the prerogatives of the MINURSO to include a human rights monitoring mechanism in the Western Sahara and the Tindouf camps.

UN chief also called on the Security Council to press Polisario to withdraw from Guerguerat, which according to the King, owes to “the proactive, composed and firm manner in which we settled the Guerguerat crisis thwarted the efforts to change the facts on the ground in our Sahara and helped put to rest the myth of the ‘liberated territories’ peddled by Morocco’s enemies.”

The King also indicated that in parallel with these developments, the return to the AU has also prompted “international support for the autonomy proposal has continued, as illustrated by the growing number of states which have withdrawn their recognition of the fictional entity and by the legal settlement concerning Morocco’s economic partnership with a number of influential powers.”