Rabat - During King Mohammed VI’s birthday ceremony on Monday, he received a special gift: a book about Fez’s long and rich history. 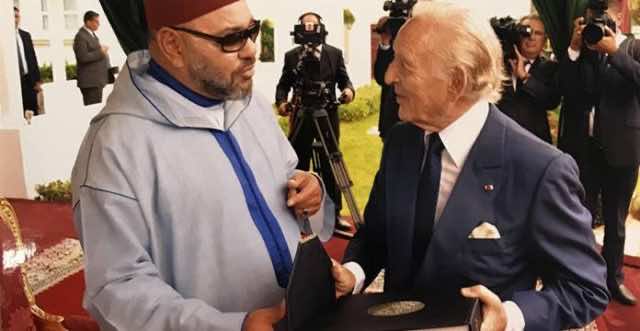 Rabat – During King Mohammed VI’s birthday ceremony on Monday, he received a special gift: a book about Fez’s long and rich history.

Entitled: “Fès: l’Ame du Maroc – 1200 ans d’histoire” (Fez: The Soul of Morocco–1200 Years of History), the collective work was offered to the monarch by Othman Benjelloun, a leading businessmen and one of citizens of Morocco.

The Fondation Benjelloun-Mezian funded the project, which came to join previous works about Morocco’ spiritual city.

The book is journey through the history of Morocco’s former capital from its founding to modern times, exploring the different ruling dynasties that have run both the city and Morocco.

The book highlights the beauty of Fez, with its historical monuments and rich past, which made it diverse and a highly sought-out learning center throughout the ages.

The collective work, which is the result of a collaboration of 42 researchers from Morocco and abroad, is presented in four languages: Arabic, French, Spanish, and English.

Founded between 789 and 808 AD by the Idrisid dynasty, Morocco’s first ruling Muslim family, the city has since played a key role in local history. Chosen as a capital of several dynasties, home to the Al Qarawiyyin, the world’s oldest university, and the birthplace of Morocco’s religious, political, and cultural elite for centuries, Fez has for long truly been the soul of Morocco.