Rabat - As hundreds of women came together in the streets of Rabat and Casablanca on August 23 to protest against recent cases of violent sexual assault and rape that have shocked the Moroccan public, others gathered in the locations of the protests or behind their screens to counter the feminist sit-ins, calling protestors “ugly,” “wh*res,” and “unworthy of assault and rape.” 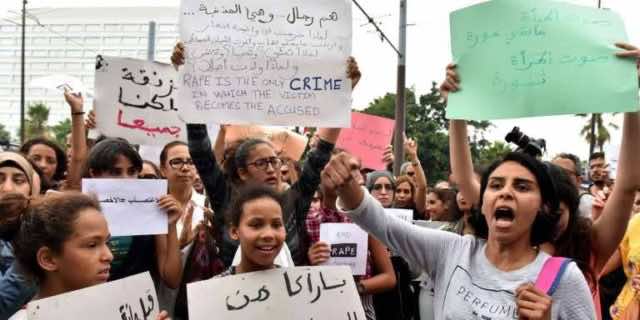 Rabat – As hundreds of women came together in the streets of Rabat and Casablanca on August 23 to protest against recent cases of violent sexual assault and rape that have shocked the Moroccan public, others gathered in the locations of the protests or behind their screens to counter the feminist sit-ins, calling protestors “ugly,” “wh*res,” and “unworthy of assault and rape.”

Wednesday’s sit-ins brought the women of Casablanca and Rabat together in a male-dominated public space, in hope that in their collective voices, slogans and experiences they would find an escape, perhaps even a solution to the everyday threat of sexual assault. 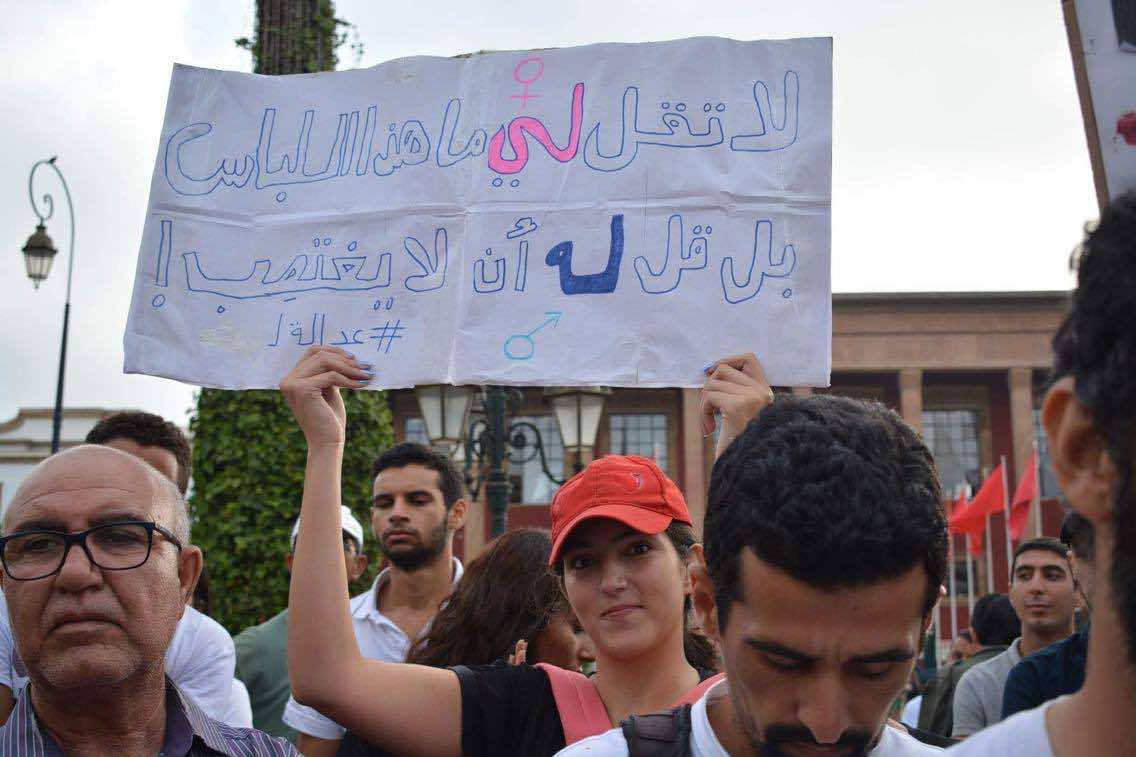 Contrary to what they expected would raise awareness among the public of the never-ending suffering of Moroccan women from their male counterparts, the protesters were left to face counter-protestors who humiliated and violently threatened them, not for their speeches, but for their appearances.

A Facebook page that goes by the name “Insta Maroc,” posted a number of pictures from Casablanca’s sit-in, with a caption saying “Not one of these girls could make anyone proud.” 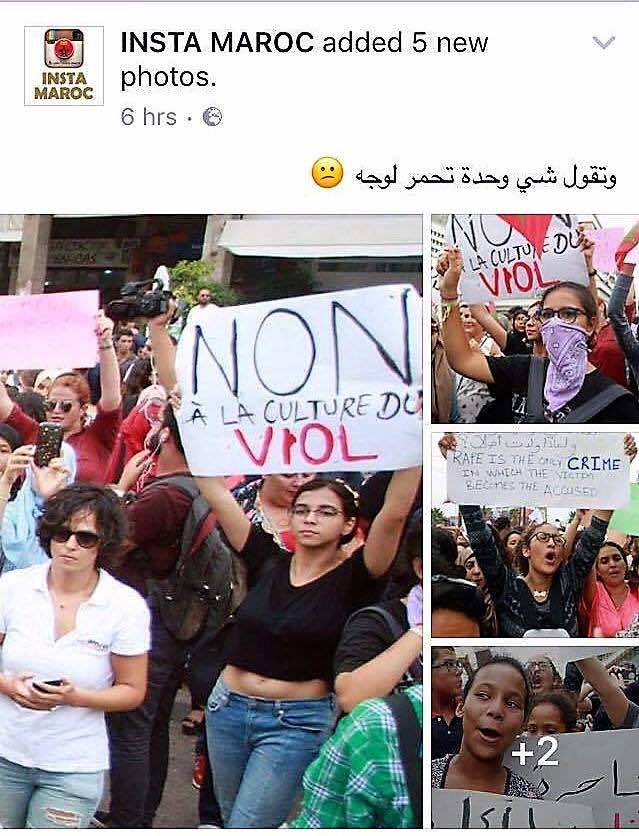 The comment’s section is as filled with violent sexism and racism as the post attached to it. 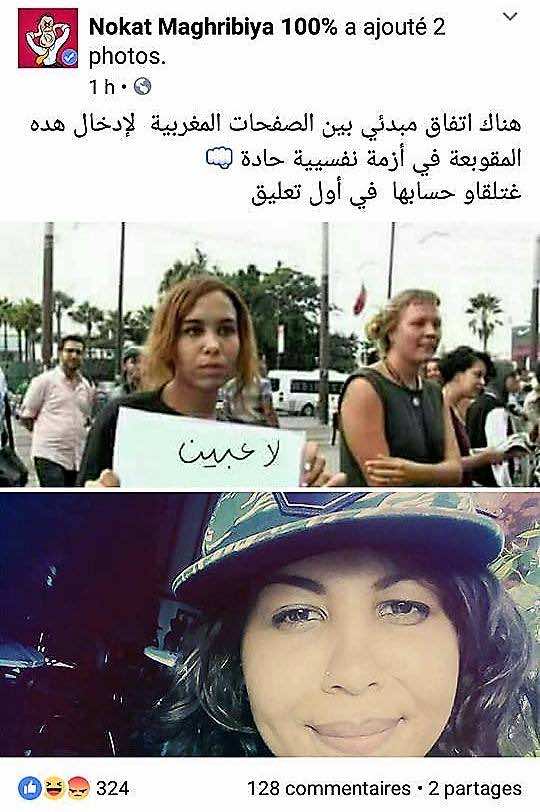 One poster wrote that the protesting women were “wh*res” and that one of the protesters was “already raped,” simply because she was wearing a crop-top.

Another commentator said that the protesters were “sinful” and “sl*ts” because “real women” would be “hiding in their houses.”

While the August 23 protests intended to influence public opinions and create a safe space for women, they ended up exposing the gruesome reality and danger that women in Morocco face.

One popular Facebook page, Masaktinch +18, explicitly called its followers to rape the protestors.

“In my humble point of view,” the page said, “we should find the whorish protestors and rape the sh*t out of them in front of the Parliament, capture them in videos and send the footages to media so that they’ll be a lesson for every woman who dares cross the limits.” The post was attached with a hashtag that says “rape them.” 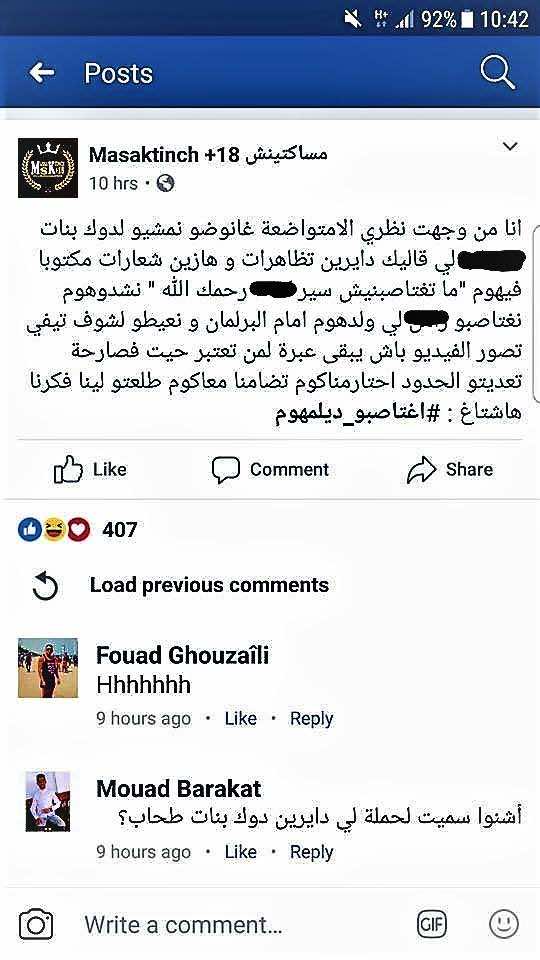 While these anti-women’s rights sexists appear to target their vicious hate only towards women who do not wear the hijab and “show skin,” the reality that their target is simply women, regardless of beliefs and ways of life. 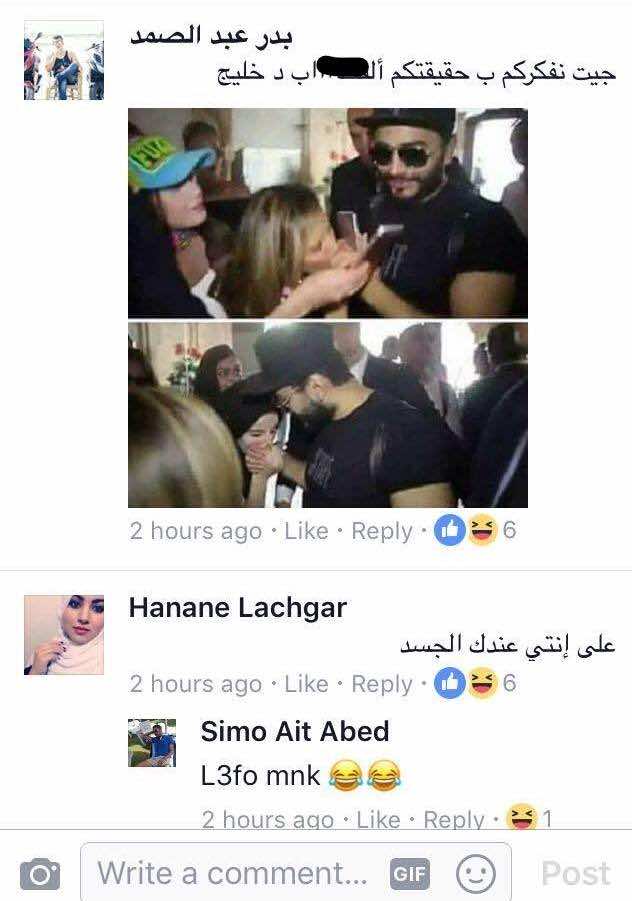 In Casablanca’s protest, a veiled woman, holding a sign saying “My body is my own and not anyone’s,” did not escape the hate. 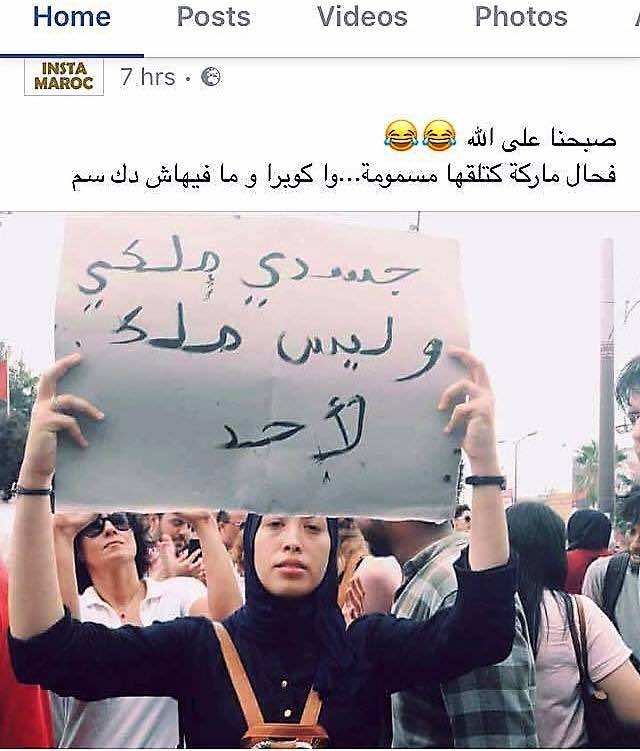 “Insta Maroc” page condemned her as an “expired product” and “a poison-less cobra,” while commentators denied her the ownership of her body, questioning “what body is she talking about? She looks like a skeleton.” “Burn in hell.” “You’re a parasite.” “Even if you get naked, no one would care about you.”

In respect for our audience, Morocco World News chose not to use the degrading curse words used in these comments and posts.