Rabat - The August 17 attacks in Barcelona and Cambrils, which left 14 people dead and 130 injured – in addition to seven Moroccan young men who were suspected of carrying the attacks while four others are currently under detention – have made Moroccan youth in Europe come under the spotlight, and not for good reasons. 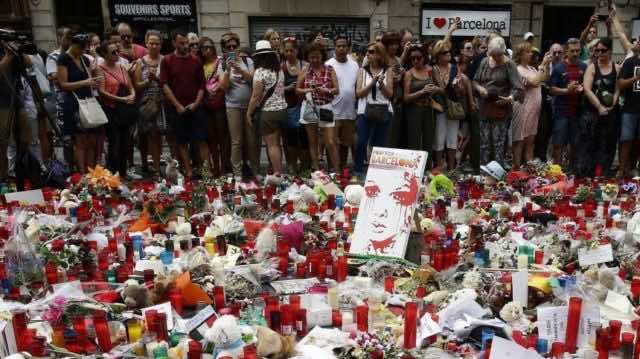 Rabat – The August 17 attacks in Barcelona and Cambrils, which left 14 people dead and 130 injured – in addition to seven Moroccan young men who were suspected of carrying the attacks while four others are currently under detention – have made Moroccan youth in Europe come under the spotlight, and not for good reasons.

While European media outlets seek to make Morocco out as a “terrorist haven,” the Moroccan diaspora has become the target of Islamophobic violence.

Coming Under the Spotlight

Major media sources inside and outside Europe have begun publishing articles examining why Moroccan youth are “prone” to radicalism.

The New York Post pointed to the socio-economic problems young members of the Moroccan community in Europe encounter, which make them susceptible to extremist messages and ideologies.

When these young men fail to succeed in their European societies, they “feel excluded, deprived and alienated,” Susan Miller, a professor of modern Moroccan history at the University of California, Davis, told the newspaper.

While Miller made it clear that a distinction should be made between those Moroccans who feel alienated and the “millions of Moroccans in Europe who are perfectly fine and have found a way to integrate,” the focus on Moroccans in Europe and the threat they supposedly pose has been exaggerated by some media outlets.

In a striking title that reads “Moroccan Isis terrorists ‘pose a threat on Europe’s doorstep’,”Tthe Guardian published an article by the observer, claiming that hundreds of fighters from the Islamic State (ISIS) had returned to Morocco, which they could us as a “base” to direct attacks against Europe.

“Up to 1,000 jihadists are thought to have been smuggled back to Morocco and Tunisia from the battlefields of Islamic State’s now crumbling caliphate,” said the Guardian. “About 300 are thought to have returned to Morocco, from where six of the 12 terrorists who carried out the attacks in Catalonia are believed to have hailed.”

The alarming assessment by the British media sources is contradicted by facts on the ground.

Issandr El Amrani, North Africa director at the International Crisis Group, told the Financial Times that ISIS, since its formation in 2014, has not been successful in carrying out not even “one single” attack in Morocco.

The fact that a large number of Moroccan radicalized men left for Iraq and Syria “rather than stay at home” was because “the security lockdown is too pervasive.”
“Morocco has been very successful at driving deep underground any major al-Qaeda or Isis group,” said El Amrani.

Abdellah Rami, a specialist on Islamist groups, previously told Morocco World News that ISIS will not be able to establish networks in Morocco, as local security services have profiles of the Moroccans who joined the terrorist group and will be able to track them if they return.

In addition, “ISIS loyalists have no sheikh [religious authority in Morocco], and most of them are in prison,” he said.

Morocco is also known for its serious commitment to counter terrorism through security cooperation with countries such as Spain, France, and Belgium.

Madrid and Paris have many times praised Rabat for its tight grip on extremism, and several European observers recognized Morocco’s role in ensuring the safety of Europe facing the the threat of terrorism.

In May the Spanish Interior Minister Juan Ignacio Zoido said that “security in Morocco guarantees security in Spain.” His statement came after the announcement of dismantling a terrorist cell in a joint Moroccan Spanish security operation.

The kingdom’s commitment was further demonstrated when the government declared  on Thursday  that King Mohammed VI had given instructions to increase security cooperation with Spain following the attack in Barcelona.

A day after the terrorist attacks in Spain, the Moroccan consulate in Tarragona and a local mosque were targeted for likely hate crimes.

Blood was splattered on the consulate’s wall, while a threat messages was written on the mosque’s façade: “You’re going to die you f–king Moroccans.”

Then, on August 20, three underage Moroccans were assaulted by two people, aged 55 and 18, who insulting them before beating them with sticks.

The three teenagers were approached by the attackers just after they had taken part in a moment of silence to honor the dead of the Barcelona attack.

A father of one of the victims called the attack “racist” and “Islamohobic.”

As Middle East Eye reported, another Moroccan teenager  was assaulted in Puerto de Sagunto, near Valencia.  The victim said his attackers insulted him, saying “Get out of here, go to your country, f–k Moors…!”

A general sense of fear is reigning among the Moroccan community in Spain amid the assaults and the mounting threats of far-right groups.

“We must wait for the storm to calm down,” Fatiha Almouali, a Moroccan civil society, activist told MEE.

“The return of our children to school in September will be very difficult. We expect that veiled women will be verbally or physically assaulted, as usual,” she said.

Indeed, veiled women have become victims of “xenophobic” and “Islamophobic” violence. Two days ago, the Independent reported that a 38-year-old veiled Muslim woman was beaten by a group of men at the Usera metro station in the south of Madrid.

The problem seems so serious that El Pais, one of Spain’s major print and online press outlets, called for a “stop to Islamophobia.”

El Pais said that the  only people to blame for the attacks are the terrorists, and that the Islamophobic acts are “unacceptable.”