Rabat - A judge has ruled that Yasmina Haifi, a Dutch civil servant fired for calling ISIS a “Zionist plan,” was punished too harshly and had her rights of freedom of speech violated. 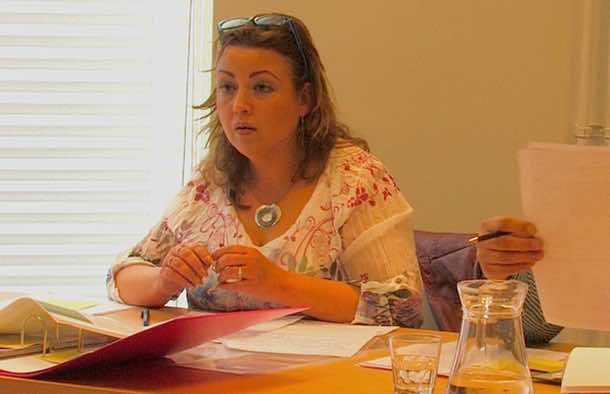 Rabat – A judge has ruled that Yasmina Haifi, a Dutch civil servant fired for calling ISIS a “Zionist plan,” was punished too harshly and had her rights of freedom of speech violated.

After a lengthy legal battle, Haifi won her case against the Dutch Department of Justice when a judge ruled that her statements made on Twitter were protected under freedom of speech. The judge found that she had received too harsh of a punishment when she was “conditionally fired” and removed from her post at the National Cyber Security Center. The courts determined that ministers, who made public statements regarding disciplinary actions that would be taken against Haifi, shouldn’t have done so without informing her first. The verdict also stated that the Department of Justice will be required to pay her damages, the amount of which is yet to be determined.

In 2014, Haifi was working for the National Coordinator for Combating Terrorism (NCTV) and was detached as a Staff and Organization Advisor for the Human Resources Department of the National Cyber Security Center, in The Hague, the Netherlands, when, she says, her careers ambitions were abruptly halted because of a tweet.

On August 12, Haifi wrote the following on her personal Twitter account: “ISIS has nothing to do with Islam…and is a premeditated Zionist plan that consciously wants to damage the Islam.” What followed was a tsunami of critique from around the world.

“My head had to come off, I was slaughtered, while other officials who had made controversial statements on social media had been protected [in the past] by the ministry,” said Haifi during an interview with the Dutch news paper NRC.

After sending the tweet the Party for Freedom (PVV), an anti-Islam party, asked Ivo Opstelten, the Minister of Justice at the time, if Haifi would face any reprimands for what they saw as a statement unbecoming of a state employee working under the justice department. “[A] person that has such ideals and is an acting head of a project for the National Cyber Security Center, responsible for handling state secrets, could be a threat for our states security,” stated PVV MPs Joram van Klaveren and Louis Bontes.

Haifi was only responsible for recruiting IT specialists and advisers, and at no point in time was she privy to state secrets or directly involved in the work of the department.

Minister Opstelten responded in the media, saying, “She won’t be coming back to this position. Never.”The Deputy Prime Minister of the Netherlands and Minister of Social Affairs Lodewijk Asscher stated that Haifi’s tweet made his stomach turn, and that it was a clear sign of “classical anti-Semitism.”

After being blasted by the ministers in the media, Haifi was directly placed on administrative leave.

Morocco World News contacted Minister Asscher to ask if he still stands behind his statements after the court ruling and if he can explain why he found Haifi’s statements anti-Semitic, we are still waiting for on his response.

In 2015, during Haifi’s administrative leave, a commission advised cabinet members that she couldn’t be fired and should only receive a written reprimand. The committee determined that, by voicing her opinion online as a government employee, she was guilty of a minor offence which didn’t require or allow for a legal termination of employment. But due to the fact that she only worked within the HR department, which didn’t require her to handle cases involving ISIS, her statements were protected under freedom of speech laws. The commision also found that ministers Asscher and Opstelten were wrong for making public statements regarding disciplinary actions without informing Haifi first.

Ignoring the committee’s advice, Minister Opstelten still decided to fire her “conditionally,” which meant that she lost her position with the National Cyber Security Center but would continue working for the Department of Justice within a different capacity.

After announcing the ruling, the judge gave both parties two months to negotiate a settlement amount. If an agreement isn’t reached, the judge will determine an amount. Haifi is currently still employed by the Department of Justice.