Rabat - The first quarter of 2017 witnessed a net rebound in stock exchanges, as the overall volume of transaction recorded three-digit growth estimated at MAD 13.86 billion, realized on both the central market and the block market. 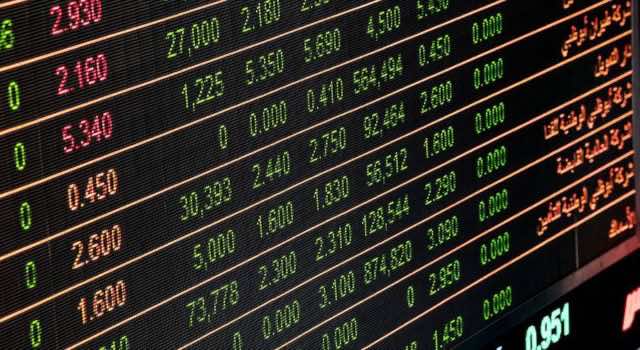 By
Chaima Lahsini
-
Chaima Lahsini is freelance journalist and activist with the Al-Fam collective in Rabat.
Aug 29, 2017
Spread the love

Rabat – The first quarter of 2017 witnessed a net rebound in stock exchanges, as the overall volume of transaction recorded three-digit growth estimated at MAD 13.86 billion, realized on both the central market and the block market.

In a recent publication entitled the “Investor Profile,” the Moroccan Capital Markets Authority (AMMC) notes that the volume of transactions carried on the Casablanca Stock Exchange increased by 106 percent during the Q1FY17 compared to the same period last year.

The AMMC reports that the equity sub-fund remains dominant, represents 96 percent of the total volume. The bond compartment, on the other hand, constitutes only 4 percent of the volume traded. At the level of the central market, the total volume of shares traded in the first quarter of 2017 amounted to MAD 12.529 billion, against 5.28 billion in the same period last year.

This represents an increase of 136.90 percent compared to 2016, notes the AMMC, adding that “nearly 35 percent of this volume comes from Collective Investment Funds (UCITS), followed by Moroccan legal entities, Moroccan natural persons and foreign legal entities with shares of 26, 24, and 9 percent, respectively.”

As regards to the breakdown of purchasing volumes by investor category, almost 41 percent of this volume comes from the Collective Investment Schemes (UCITS). Their purchases are estimated at MAD 5.08 billion, an increase of 305.38 percent compared to the first quarter of 2016.

The purchasing volume of Moroccan legal entities for its part scored a 22.86 percent increase, reaching MAD 3.05 billion by the end of March against MAD 2.48 billion previously. Their share is estimated at 24 percent of the total shares exchanged of the Casablanca listing.

Their share in the overall trade structure is of 8 percent, while purchases by foreign natural persons amounted to MAD 82.52 million at the time, when the transactions carried out via the banking network reached MAD 250 million. As far as sales are concerned, the breakdown by investor category remains relatively unchanged.

UCITS lead the way in terms of sales with a 30 percent share, while its transactions amounted to MAD 3.73 billion, marking an improvement of 117.05 percent. Moroccan legal entities come in second position with a 28 percent share. The volume sold by the latter exceeds MAD 3.5 billion against 1.79 billion a year before, appreciated by 98.79 percent.

Sales of Moroccan natural persons in the first quarter reached MAD 2.92 billion, an improvement of 331.28 percent. Their share in the sales structure is of 23 percent.

Foreign legal entities account for the same share as transactions carried out via the banking network (RES) with 9 percent each. On the bond market, the AMMC indicates that all the transactions were carried out on the block market. The volume of trade totaled nearly MAD 514 million. This amount is shared equally by UCITS and Moroccan legal entities.