Rabat - Venice’s mayor, Luigi Brugnaro, has announced that anyone who shouts “Allahu Akbar,” Arabic for “God is Great,” in the touristic city’s famous St Mark’s Square will be shot “after taking three steps.” 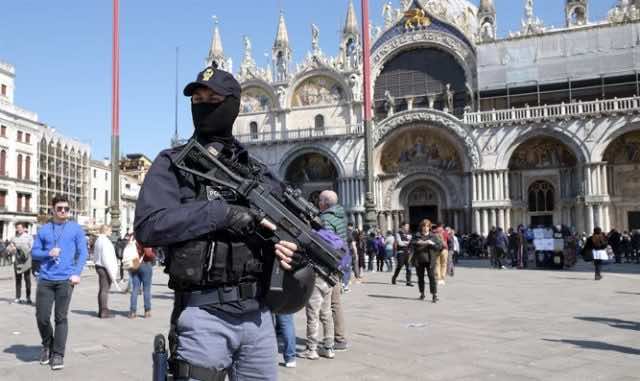 Rabat – Venice’s mayor, Luigi Brugnaro, has announced that anyone who shouts “Allahu Akbar,” Arabic for “God is Great,” in the touristic city’s famous St Mark’s Square will be shot “after taking three steps.”

“If anyone runs into St Mark’s Square shouting ‘Allahuakbar,’ we will take him down,” he said at a conference in the city. “A year ago, I said after four steps. Now, after three.”

Admitting that his decision is controversial, he said “I have never been politically correct, I am incorrect. I would shoot, we would shoot.”

“They said they wanted to go and meet Allah, so we will send them straight to Allah, without having to throw them off the bridge. We will just shoot them.”

Though the phrase is widely used by Muslims in prayer, it has become appropriated by jihadists during terror attacks.

Speaking about extremism at a conference in the city of Rimini right-wing Italian politician said that Venice was much safer than Barcelona, as it has more enforced security measures.

“In contrast with Barcelona, where they had not set up protection, we keep our guard up,” said Brugnaro.

However, he sees that the city needs to “increase security when it comes to terrorism. We had four would be terrorists arrested in Venice a few months ago who wanted to blow up the Rialto bridge.”

His counterpart in Florence, Dario Nardella, a leftist politician, shouted “Allahu Akbar” at Brugnaro after he finished his speech but soon apologized.

“It was not my intention to offend anybody, least of all the Muslim community. I did not intend to joke about their religion, nor evoke the tragic events of recent days,” he wrote on Facebook.

This is not the first controversy Brugnaro has created. He previously drew outrage for issuing a ban on books about homosexuality in Venice’s schools.

George Floyd Is Our Fight, Too: A Muslim Perspective

Demonstrators in France Denounce Expulsion of Moroccan Family from Ajaccio