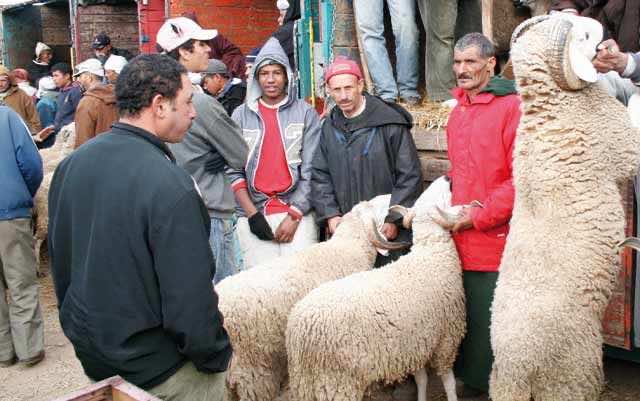 Rabat – The price for sheep for the Eid Al Adha feast appears to have dropped in 2017, compared to recent years.

“I bought two good sheep for MAD 3500, which is a good price, while in the last few years their price could be more than MAD 4500,” a buyer in the “Rahba” (sheep market) of Massira 2  in Temara, a few kilometers from Rabat, told Morocco World News.

A cattle trader from Zhiliga, 73 kilomoters from Rabat, explained this drop by saying that his region “has seen a good agricultural year, thanks to God. Feed was available, and that has raised the quality of our cattle, which encouraged us to give good prices to sell them.”

Earlier this month, the Ministry of Agriculture, Maritime Fisheries, Rural Development and Water and Forests told the Maghreb Arab Press (MAP) that national sheep and goat population had reached 25.47 million heads in 2017, 19.87 million sheep and 5.6 million goats, with an animal slaughter supply of about 9 million heads including 5.14 million male sheep, 1.75 million ewe lambs, and 2.11 million goats.[Office1]

Last year’s agricultural season was marked with less rain falls which had an impact on agricultural productivity in comparison with this year.

But despite the decline of prices, some sellers warned, buyers should be careful about the quality of the sheep they purchase. As a buyer our reporter, “Some sellers give their sheep medicines to make them look good in the market so they can sell them at good prices. If you don’t know how to choose you will end up with a sick sheep.”

Security is also important, he added. “If you don’t have a car to carry your sheep, you should be careful not to get robbed by the transporters of cattle.”

Eid Al Adha signals the completion of the Hajj pilgrimage, the fifth pillar of Islam. Morocco will celebrate Eid Al Adha (the Feast of Sacrifice) on September 1, which coincides with the 10th day of the Islamic month of Dhu Hijja. 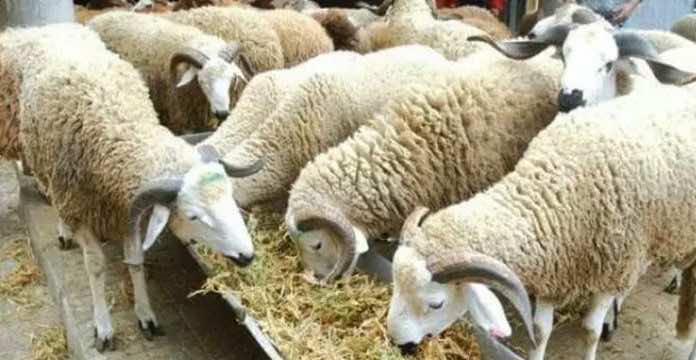