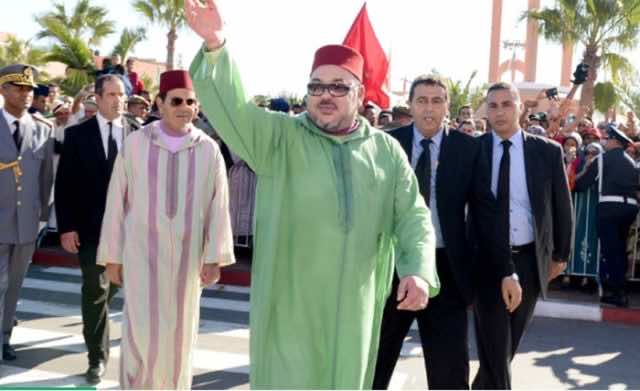 According to the Moroccan online media oultet le360, the monarch flew from Rabat to Tetouan before heading to his residence in the neighboring beach town of Medieq.

In Rabat, the King presided over the Eid al Adha ceremony, during which performed the Eid prayer and sacrificed a sheep.

He then received congratulations from members of the royal family, the Head of Government, presidents of both houses of parliament, government ministers and high civilian and security officials.

The monarch is an habitué of the northern Moroccan region, known for its beautiful beaches, where he spends a good part of his summer vacation.

Northern Morocco has attracted a number of heads of states this year. King Salman of Saudi Arabia, Gabonese president Ali Bongo Ondimba, and Sudanese president Omar Bashir, spent part of their holidays in Tangier and neighboring cities in the north of the kingdom.