Rabat - “God Exists! He drowned all the Neo-Nazis of Texas!” That is the title French magazine Charlie Hebdo chose for its latest cover, amid the catastrophic Hurricane Harvey that flooded the southern state and killed at least 35 people, displacing thousands and causing billions of dollars in damage. 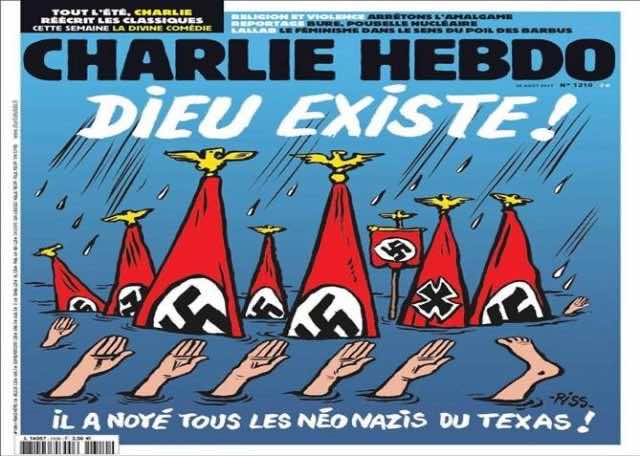 Rabat – “God Exists! He drowned all the Neo-Nazis of Texas!” That is the title French magazine Charlie Hebdo chose for its latest cover, amid the catastrophic Hurricane Harvey that flooded the southern state and killed at least 35 people, displacing thousands and causing billions of dollars in damage.

The satirical weekly is making the headlines again, and once more, for all the wrong reasons. This time, the magazine known for its questionable humor sparked outrage on the other side of the Atlantic.

Seemingly relishing in controversy, Charlie Hebdo’s latest cover took aim at a new target, the victims of the killer storm Harvey which hit Texas on Friday. The illustration shows half-submerged swastika flags and Nazi saluters sinking in water. “God Exists!” reads the caption in French, “He Drowned All The Neo-Nazis of Texas!”

In a reference to the Texans’ support of Donald Trump, the cover appears to tie the natural disaster in the southern state to the deadly rally of white supremacists and neo-Nazis in Charlottesville, Virginia, earlier this month.

Published on August 31, it was only a matter of hours before the cover sparked the outrage of US citizens and public figures on social media.

So the idiots at Charlie Hebdo are cheering the #Houston #Harvey disaster b/c they claim it drowned neo-Nazis. WTF?! #gop #MAGA #dumbasses https://t.co/JDBOaP70y0

France’s Charlie Hebdo mocking Houston flood victims as Nazis. Remember when we mocked their dead? Me neither. pic.twitter.com/0Sn7J73FiD

An evil, despicable cover. Also, the losers at Charlie Hebdo have a God-given right to publish it, & no one has the right to shoot them pic.twitter.com/isOVjkXPR0

This is not the first time the French magazine has drawn uproar from international public opinion. While often poking fun at governments and religion, Charlie Hebdo has notably made Islam a frequent target. Following the recent terror attack in Barcelona, the satirical newspaper chose to title its cover with “Islam: religion of peace … eternal,” with an illustration depicting the victims who had been mowed down the street.

One 2010 cover illustration showed a Muslim woman running naked, a burqa stuffed up her backside. “Wear the burqa,” the caption read, “on the inside.” Another showed the Prophet Muhammad weeping because he was “overwhelmed by fundamentalists.” A June cover depicted British Prime Minister Theresa May decapitated.

In 2015, Charlie Hebdo endured a terror attack that killed a dozen people at its office, including staffers and police. The two gunmen reportedly shouted, “We have avenged the prophet,” referring to the magazine’s caricatures of Muhammad. 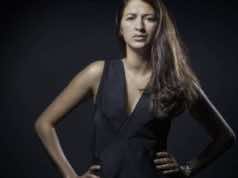 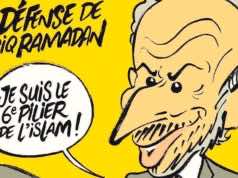 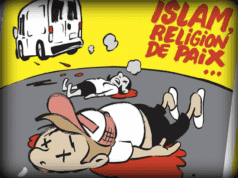 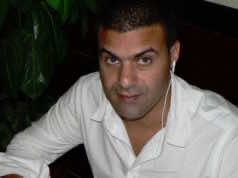 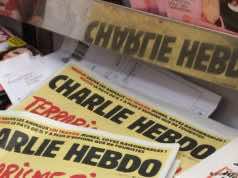