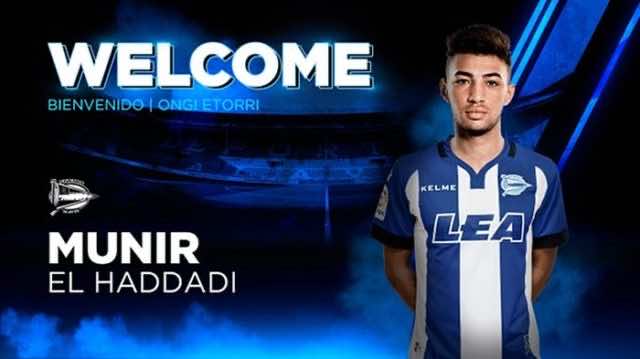 The footballer will join Alaves on loan for the 2017-2018 campaign.The loan deal was announced on Friday at Alaves’s official Twitter account.

The 22-year-old attacker spent last season with Valencia football club. The footballer scored seven goals and provided three assists for Valencia in La Liga last season, where he made 32 appearances.

Munir played for Valencia during the 2016-2017 season. Valencia signed the dual nationality player from Barcelona in 2016.

During his youth, the 21-year-old footballer also played for several Spanish clubs, including Atletico Madrid and Rayo Majadahonda.