Rabat - Egyptian preacher Amr Khaled became the laughing stock of social media after he filmed himself in the sacred mosque of Mecca praying for his Facebook fans. 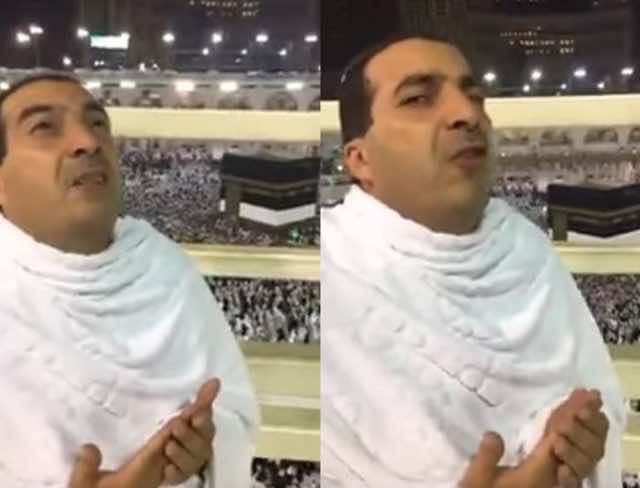 By
Chaima Lahsini
-
Chaima Lahsini is freelance journalist and activist with the Al-Fam collective in Rabat.
Sep 4, 2017
Spread the love

Rabat – Egyptian preacher Amr Khaled became the laughing stock of social media after he filmed himself in the sacred mosque of Mecca praying for his Facebook fans.

Internet users in Egypt and the Arab world have raged against the famous tele-preacher Amr Khaled for his use of social networks during his pilgrimage to Mecca. A storm of discontent and sarcasm that brings together conservatives and protesters.

A video posted by the Egyptian “telecoranist” on social networks has provoked a wave of protest. It shows the man in tears praying God to the wishes of anyone who would comment on his Facebook page.

Hands cupped to the heavens, face up and eyes closed, the controversial preacher repeats over and over in a quivering voice: “May Allah bless my followers, I swear as Allah is my witness that I love all the followers of my [Facebook] page, may Allah answer their prayers.”

Khaled goes on in the same tone: “Dear Allah I beg of you to answer the prayers of my followers this holy Eid.”

Khaled’s prayers were indeed heard, but did not appear to have the desired effect. For social media users, the preacher’s “performance” was overly exaggerated. Some even went as far as accuse him of “trading with religion” to gain more followers.

With more than 8 million people subscribed to his Twitter account and 28 million followers on his Facebook page, these legions of disciples, usually young, did not prevent thousands of Internet users from attacking Amr Khaled accused of taking advantage of the naivety of his faithful to present himself as the mediator between man and God.

Some went as far as call him a charlatan who seeks only power and accused him of presenting a soft version of Islamism. There were indeed some who defended Khaled, but their number was far less than that of its detractors who quickly turned him into a viral meme.

Khaled took to Twitter to address the merciless mocking he received. “I was sad to see what was trending on social media about my video,” he wrote, “since it was taken out of context to stir controversy about my person.”

The preacher added that this was not the first time he was victim of such behavior, and he refuted the claims of some that he had excluded all Muslims from his prayers.

“This is an attempt to spark controversy and spread false allegations around my humble person.” concluded Khaled.

As one of the most Muslim “telecoranists” in the Arab world, Khaled took the top spot in Forbes Arabia’s list of the Muslim world’s richest preachers with a cool 2.5 million dollar income in 2007.

According to an editorial by Forbes, religious preaching in the Islamic world has become a major money-spinner not unlike regular businesses. But the magazine said the commercial gain does not reduce the value of the vocation of preaching or the ideas being presented.