Rabat - Two teenagers of Moroccan descent were arrested in Italy over the weekend, suspected to be among the four men who gang raped a Polish tourist and beat her partner unconscious on an Italian beach resort on August 26. 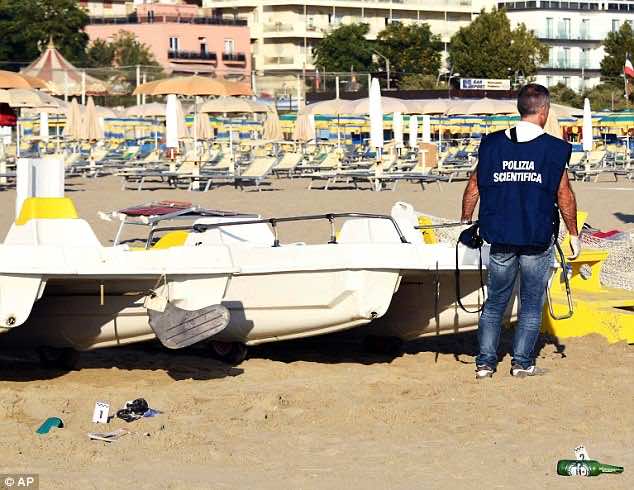 Rabat – Two teenagers of Moroccan descent were arrested in Italy over the weekend, suspected to be among the four men who gang raped a Polish tourist and beat her partner unconscious on an Italian beach resort on August 26.

According to Italian media, the two brothers, aged 15 and 17 and born on Italian soil, were identified by a Peruvian woman, who reported having been raped by the same gang shortly after the first attack.

On September 2, the two brothers turned themselves in after recognizing themselves in surveillance camera footage that police released and broadcasted on Italian state television in hopes of finding the attackers.

A third suspect, a 16 year-old minore of Nigerian origin presumed to be an accomplice, was arrested on the basis of their testimony to the Italian gendarmes.

To close the loop, on Sunday morning the investigators got hold of the fourth suspected rapist early , who is presumably the leader of the gang: a 20 year-old Congolese asylum-hopeful with permission to stay in Italy for humanitarian reasons, who planned to flee to France.

The man, identified as Guerlin Butungu, was the only adult among the four suspects under arrest in the brutal case, which triggered calls from Poland for the death penalty for the culprits and fueled already growing anti-migrant sentiment in Italy.

Rimini police Chief Maurizio Improta described Butungu’s arrest aboard a train at Rimini station. “The arrest this morning was doubly satisfying because putting the handcuffs on the fourth man were two women [police officers]. […] This symbolic gesture rendered justice to the victims of the violence,” he said.

In the early hours of August 26, the 26 year-old Polish couple was violently attacked. The man was hit with a bottle to the head, while the young woman was savagely raped. The assailants left the crime scene after mugging the couple.

On their way back, the gang apparently crossed paths with the Peruvian woman, who suffered the same fate.

On social networks, following the crime, Italian internet users called for “exemplary” punishments, while some went as far as to demand a chemical castration for the presumed rapists before they are kicked out of the country.