Rabat - Ilyas El Omari, the former head of the Authenticity and Modernity Party (PAM) has responded to historian and political commentator Maati Monjib, who said the party failed in the missions for which it was created by the royal palace, including that of countering “moderate Islamists.” 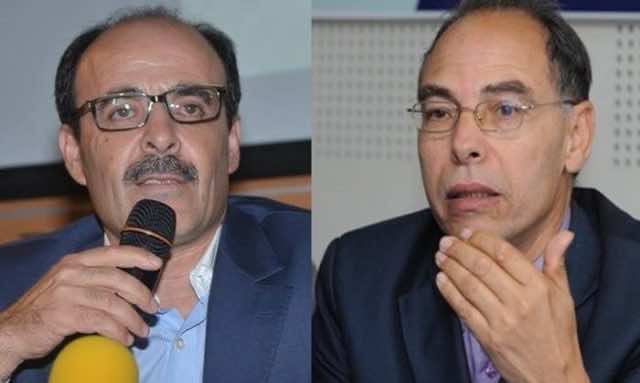 Rabat – Ilyas El Omari, the former head of the Authenticity and Modernity Party (PAM) has responded to historian and political commentator Maati Monjib, who said the party failed in the missions for which it was created by the royal palace, including that of countering “moderate Islamists.”

Monjib made the comments in an article published Friday in the online edition of Al Quds Al Araby, a leading pan-Arabist media organization.

In his article, Monjib said PAM was created by the royal palace to counter the rise of moderate Islamists and act as a mediator between the state and regions in Morocco that had been either marginalized during the reign of former King Hassan II, such as the Rif, or where there is tension, such as the Western Sahara.

To do so, wrote Monjib, the leading members of the party were chosen among left-wing civil society figures ready join efforts with the royal palace, either because it “served their own interests” or because it provided them with a chance to “fight the Islamists,” as they were worried Islamists would impose restriction on individual liberties once they ascended to government.

Yet, PAM failed in its mission, according to Monjib, as was clear when El Omari announced his resignation in early August. The political commentator added that PAM was unable to influence events in the Rif since protests started in Al Hoceima in October 2016, even though the party held the majority in elected councils in the region.

In his response, which was published on Moroccan news website Lakome2 on Sunday, El Omari accused Monjib of lacking neutrality in his analysis.

He also accused the historian of favoring Islamists, adding that Monjib showed a absence of “academic integrity.”

El Omari deflected the accusation that PAM was created by the royal palace by rhetorically asking Monjib who created the Islamist movements.

With the question, the former PAM leader was making a reference to the PJD’s founder, the late Abdelkrim El Khatib, who entertained good relations with the royal palace and integrated them in his party, the PJD predecessor formerly known as the Popular Constitutional Democratic Movement.

El Omari assailed Monjib with a series of questions about Islamist movements, asking him to tell the readers who created those movements and helped them during the 1970s, 1980s and 1990s.

He said he refrained from giving the answers himself to avoid accusations of attacking his political rivals.

He nonetheless hinted to them, talking about Islamists “operating in the dark,” in reference to their activism in secrecy in the 1970s, before they were allowed to create associations.

He also alluded to role played by Driss El Basri, the long-serving minister of interior during the rule of Hassan II, whom El Omari indirectly referred to as the man behind the integration of PJD’s Islamists into politics.

While El Omari’s assertions are known history by many, many other observes of Moroccan politics agree that one of the reasons for which PAM was created was to counter Islamists.