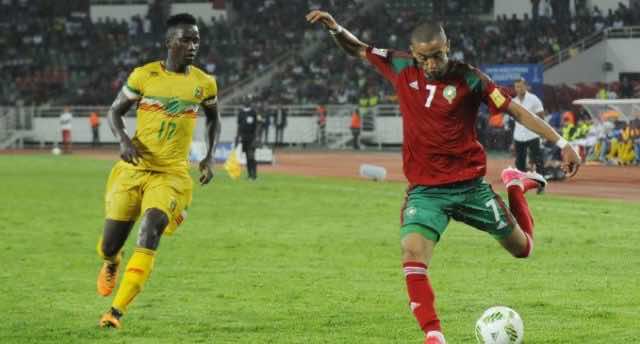 Despite  amassive victory on Friday, when the Atlas Lions crushed the Malian squad 6-0, Morocco has still a long way to get the qualifying ticket for the biggest football event, taking place in Russia next summer.

With Friday’s win, Morocco took second place in Group C, five points behind Ivory Coast which stunned Gabon in Libreville with a 3-0 victory.

Morocco has no other option but to win tonight’s game against Mali in order to preserve its chances of qualifying for the World Cup for the first time in 20 years.

During the Lion Atlas’s appearance at the 1998 World Cup in France,the Moroccan squad made a good impression by defeating Scotland 3-0 and forcing and a draw against Norway 2-2.But,their defeat against Brazil, which went to become the Cup’s runner up, was the main reason Morocco could not qualify for the Round of 16.

With Ivory Coast, currently the lead of the group with 7 points, being the host of their game against Gabon, they have more chance of raising their points to 10 with another victory. Morocco, which has 5 points, need to secure three points to keep the margin of difference only two points with Ivory Coast.

Coach Hervé Renard is aware that his team has no other option but to win tonight’s game. He made it clear whe told Moroccan press that “despite the great result of the last game”, the Lion Atlas are now “under pressure after Ivory Coast’s victory against Gabon”.

Renard affirmed that his team has to give another great performance, just like they did on Friday.

The Lion Atlas will have to win the next two games against Gabon at home and against the host Ivory Coast in order to achieve its World Cup dream.