Rabat - As Moroccan students are preparing for a new academic year, Minister of Education Mohamed  Hassad has ordered the regional academies to make the national anthem mandatory in Moroccan schools. 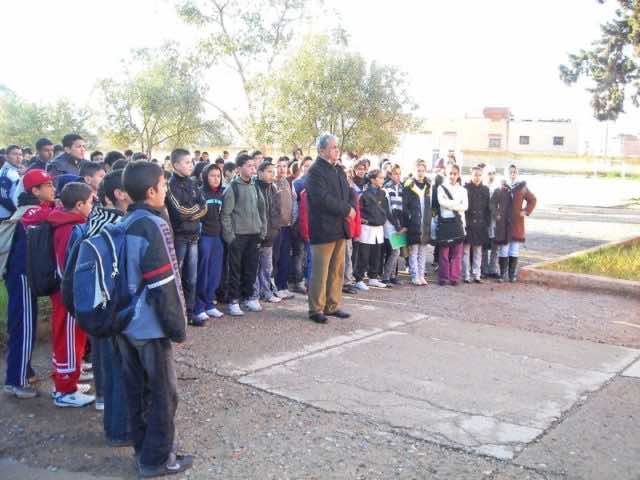 Rabat – As Moroccan students are preparing for a new academic year, Minister of Education Mohamed  Hassad has ordered the regional academies to make the national anthem mandatory in Moroccan schools.

The minister addressed a letter to the directors of the regional academies on Wednesday, in which he called on the kingdom’s schools to make the national anthem an obligatory part of its weekly activities, to be performed on the first and last day of every week.

“Given that the national anthem provides a patriotic feeling, love for the nation, its  values,  history,  and identity […] I am honored to ask you all to make the national anthem an organized practice and an important moment for pupils, teachers and all schools officials,” wrote Hassad.

Moroccan Anthem
The national anthem’s melody was composed by Leo Morgan, a French captain who was Chief of Music during the French occupation of Morocco. The Frenchman wrote the anthem’s music during the reign of late Sultan Moulay Youssef.

The anthem’s lyrics, however, were only written in 1969 by Ali Squalli Houssaini, a Moroccan  author  and poet, under the reign of late King Hassan II.

The anthem’s words were written under exceptional circumstances. After the Moroccan national football team qualified to participate in the 1970 World Cup finals for the first time, King Hassan II launched a competition to compose the anthem’s lyrics. The Fessi writer’s lyrics managed to gain royal and popular approval.

Throughout his career, Squalli achieved various awards for his literary works, including the Morocco Grand Prize in 1982 and  the international prize of  King Faisal  of  Saudi Arabia  for children’s literature in 1992.