Rabat - The Court of Justice of the European Union (CJEU) on Wednesday held its first hearing on the case brought by the pro-Polisario Western Sahara Campaign in the United Kingdom (WSCUK) against the British Department of Food and Rural Affairs (DEFRA) and the British Revenues and Customs (HMRC), concerning the imports of agricultural products originating from the Sahara by Britain. 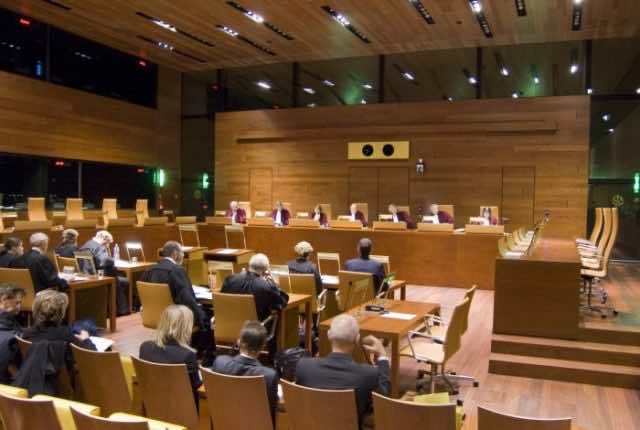 Rabat – The Court of Justice of the European Union (CJEU) on Wednesday held its first hearing on the case brought by the pro-Polisario Western Sahara Campaign in the United Kingdom (WSCUK) against the British Department of Food and Rural Affairs (DEFRA) and the British Revenues and Customs (HMRC), concerning the imports of agricultural products originating from the Sahara by Britain.

On September 6, the Grand Chamber of the CJEU oral submissions were heard on behalf of the WSCUK in its challenge against the legality of the EU-Morocco Fisheries Partnership Agreement.

The WSCUK issued proceedings against DEFRA and HMRC arguing that the UK was illegally allowing products originating from or processed in Western Sahara to be imported into the UK under a trade agreement with Morocco.

Therefore, WSCUK stressed that “goods and products produced in West Sahara should not to be treated as originating in Morocco for the purposes of preferential tariffs or any other benefits conferred by the Association Agreement.”

For Rosa Curling, a lawyer from Leigh Day representing WSCUK, “it appears that Morocco is currently benefitting from exporting goods from land and sea it occupies in Western Sahara, against international law.”

Curling stated that “the people of Western Sahara are being denied the right to self-determination over their land and natural resources,” calling upon the UK government, and in particular, DEFRA and HMRC, to “take immediate steps to ensure it is not complicit in these actions.”

The lawyers of the pro-Polisario association affirmed in their pleadings, which lasted almost four hours, that “the Saharawis do not profit from their wealth and that the main beneficiary remains the Moroccan occupant, hence the necessity of to refer to international law to deal with this case,” reports the statement.

For Leigh Day, this means “that the Saharawi people represented by the Polisario, the sole and legitimate representative of the Sahrawis, in accordance with UN Resolution 3437 of 1979, is sovereign over its natural resources which must not be exploited without its approval or against its interests.”

The Moroccan side did not comment on the outcome of this first hearing.

The CJEU has set Dec. 15 as the date of the second hearing of the Prosecutor General’s indictment, before pronouncing its decision in the first quarter of 2018.

Back in 2015, the British court heard a complaint lodged by the WSCUK demanding a Judicial Review of the HMRC treatment of products originating in Western Sahara being imported into the UK as Moroccan for the purposes of the EU-Morocco Association Agreement.

The WSCUK also demanded a Judicial Review of the Department for Food and Rural Affairs (the British ministry of agriculture), which grants fishing licenses in what the association describes as “the territories of Western Sahara” under the Fisheries Partnership Agreement between the European Union and Morocco.

The case was referred to the CJEU, from the UK High Court, in early 2016 following a hearing in October 2015.  In the High Court judgment handed down on October 20, 2015 judge Justice Blake said that “I conclude that there is an arguable case of a manifest error by the Commission in understanding and applying international law relevant to these agreements.”