Rabat - The leader of the terrorist cell recently dismantled by Moroccan authorities in Nador turns out to be Hafid Mohamed, a 39-year-old Spanish citizen of Moroccan descent and a member of the Popular Party (PP) in the Spanish enclave of Melilla.

Rabat – The leader of the terrorist cell recently dismantled by Moroccan authorities in Nador turns out to be Hafid Mohamed, a 39-year-old Spanish citizen of Moroccan descent and a member of the Popular Party (PP) in the Spanish enclave of Melilla.

The Spanish newspaper El Confidencial uncovered the identity of the man accused to have led the group of terrorists arrested in Nador on Wednesday, in an article published on September 7.

According to El Confidencial, it was the social and economic advantages that lured Mohammed to join the PP, not his personal convictions or political opinions.

Mohamed was working as an educational assistant at the juvenile reform center of San Jose Bastion, reported the newspaper. The institution runs under the supervision of the Social Welfare and Social Affairs Ministry of Melilla, governed by PP leader Juan Jose Imbroda, who is also Melilla’s mayor.

El Confidencial revealed that Mohammed was in fact in charge of 38 minors, most of them of Moroccan origins and incarcerated for diverse misdemeanors.

“It is as if they invited the wolf to take care of the sheep,” the newspaper wrote.

El Confidencial described the man as a liberal, having married a non-Muslim who moved to Melilla to found a family with him. The couple had two sons, celebrated Christmas together, drank alcohol and ate pork together, and behaved like any other “normal” Spanish couple.

A three-year member of the PP party, Mohammed was described as an engaged activist. He dedicated most of his time to his political activities, especially during elections. He would put up banners, hand out posters, attend rallies, and would even work with the party at the Leon Solá polling station.

How did the Partido Popular de Melilla activist found himself at the head of a jihadist cell that wanted to commit “terrorist attacks of great scale” in Morocco and Spain?

El Confidencial revealed that the man began to change throughout the past year.

Melilla’s mayor told the Spanish press that he hadn’t attended his job for a year and took leave after returning in the summer. Changing his trimmed look to a full grown bear, his polo shirt for a djellaba, Mohammed was reported to regularly attended prayers at the White Mosque of Cañada Hidum, also known as the “the Valley of the Dead.” It was there that the process of his radicalization started.

The arrest of Mohamed last Wednesday put the Melilla PP in an awkward position. The Socialists of the PSOE asked for an emergency meeting of the Municipal Assembly committee, but Imbroda refused.

The mayor also also tried to reject any connection between him and Mohamed, “who had not paid his dues for three years and was not allowed to participate in the internal elections,” reports El Confidencial. The mayor also assured that the jihadist was suspended from the party and expelled from his job that same Wednesday.

The city of Melilla witnessed 27 anti-terrorist operations since 2012, but one-third have taken place since January 2017. In the case of Mohamed, he  radicalized rapidly, before recruiting jihadist militants and organizing night training and simulation of attacks and murders.

In addition to the alleged jihadist leader, five other members of the cell were arrested on Moroccan soil Wednesday at dawn. In Melilla, the PP, PSOE and the Coalition for Melilla political parties welcomed the effectiveness of the Moroccan-Spanish cooperation.

The parties have asked for an investigation into the contacts that the cell’s recruiter could have had with other young people of the social center for young offenders, which has provoked controversy in the city.

On Thursday, the head of social affairs in the city’s municipality Daniel Ventura said that “it is impossible to recruit or radicalize young people from the social center for juvenile delinquents,” criticizing the apparent politicization of the terrorist plot.

Ventura said that “the assistant educator is never left alone in the center and that if there was recruitment, it was outside.”

The presumed jihadist arrested Wednesday was presented before the judge this Friday, September 8. 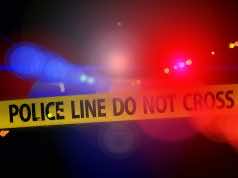