Rabat - A representative of the self-proclaimed Sahrawi Arab Democratic Republic (SADR) has been arrested in Peru ahead of her deportation to Spain, AFP reported on Sunday. 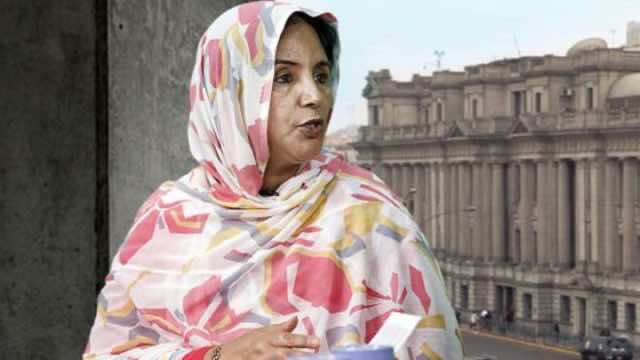 Rabat – A representative of the self-proclaimed Sahrawi Arab Democratic Republic (SADR) has been arrested in Peru ahead of her deportation to Spain, AFP reported on Sunday.

Khadijetou El Mokhtar, the president of the foreign relations commission at SADR’s Union of Sahrawi Women, was appointed in May as Polisario’s envoy to Lima.

El Mokhtar was appointed to establish contact with the government of Peru in attempt to convince it to reestablish the diplomatic ties cut in 1996.

The Polisario member entered in Peru since she was appointed by Brahm Ghali in June. In mid-August, there was a meeting of the Peru’s Congress Committee on Foreign Relations to which she was not invited.

During the meeting, many members of Congress denounced her presence in Peru while the Latin American country does not recognize the SADR and called for her deportation.

According to AFP, the self-proclaimed ambassador entered Peruvian territory couple of weeks of ago with a tourist visa and a Spanish passport, since her diplomatic documentation was not recognized by Peruvian authorities.

The representative of the separatist group was arrested by Peruvian authorities without providing “the reason for the arrest”, according to her lawyer Dante Diaz Wong.

El Mokhtar was the subject of an order of prohibition of entry to Peru. Upon her arrival to the Jorge Chavez airport in the Peruvian capital, she was arrested and detained by police.

The Polisario representative’s lawyer claimed he was denied to speak with his client, adding that El Mokhtar is going to be deported to Spain.

Peru is one of the countries where pro-Polisario groups have been active for years to promote the organization’s agenda in order to get Lima to reestablish diplomatic ties with the self-proclaimed SADR.

Peru recognized the self-proclaimed SADR in 1984 but former president Alberto Fujimori suspended this recognition in 1996. His successors maintained the same position despite pressure from pro-Polisario groups.