Rabat - Hamid Chabat, the embattled leader of Istiqlal Party (PI), is persisting in holding onto his party leadership despite losing widespread support within Istiqlal. 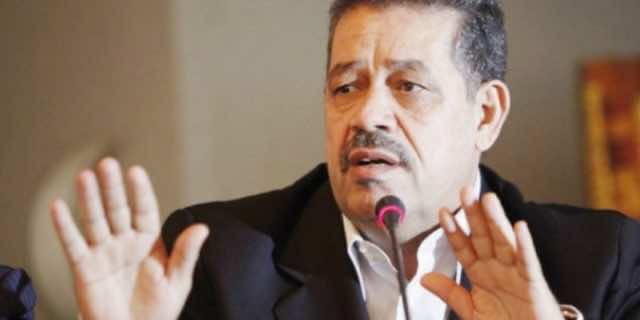 Rabat – Hamid Chabat, the embattled leader of Istiqlal Party (PI), is persisting in holding onto his party leadership despite losing widespread support within Istiqlal.

On Tuesday, Chabat held a press conference at Istiqlal’s headquarters in downtown Rabat.

For the first time since his election as the party’s secretary general in 2012, Chabat came to the conference without any of Istiqlal’s leading members or his supporters by his side.

Chabat lost his last pocket of support when three leading members of Istiqlal, MPs Adil Benhamza, Abdelkader El Kihel, and Abdellah Bakkali –among the key proponents of the embattled leader  – issued a joint statement in August declaring that they did not support his bid for a new mandate.

Chabat’s three former allies said his candidacy would have “no added value” and would not serve the party’s interests for the time being.

Despite that, Chabat seems willing to maintain his bid for another mandate, no matter how small his chances are getting as time goes by. His rival, Nizar Baraka, has been compaigning for months to garner support for his potential bid to get elected as the new party leader.

During today’s conference, the controversial politician took aim at his opponents, presenting himself, as he has done before, as a victim of a conspiracy.

He reiterated past claims that he was in danger. “I’m sacrificing my life and my future for Istiqlal and the country and I have faith in the party’s members,” he said.

“It’s normal that Chabat dies. But the Istiqlal Party can’t die because it represents the people and the nation.”

In May, Chabat accused the Ministry of Interior of plotting to assassinate him, after police broke up a meeting held by Chabat and his supporters that a court decision had declared “illegal.”

The Ministry of Interior described Chabat’s allegations as “shaky,” saying the leader was accustomed to directing such accusations whenever he was caught in a difficult political situation.

Chabat has been losing his grip over the party since late December, when he referred to Mauritania as historically part of Morocco. The statements nearly caused a crisis between Rabat and Nouakchout and forced the government to send a delegation to the country for an official disavowal.