Rabat - Amid rising calls from Saudi activists for peaceful protests in the kingdom later this week, Saudi authorities have arrested a number of prominent personalities without providing justification in what the public describe as an apparent crackdown on dissent. 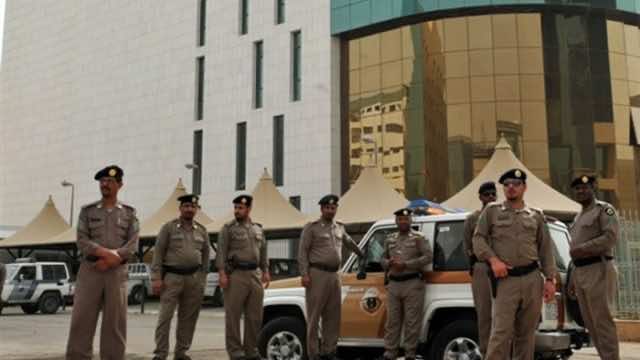 Rabat – Amid rising calls from Saudi activists for peaceful protests in the kingdom later this week, Saudi authorities have arrested a number of prominent personalities without providing justification in what the public describe as an apparent crackdown on dissent.

The social networking scene in the Arabian kingdom is witnessing increasing calls to gather on Sept. 15 to express popular opposition to Saudi Arabia’s ruling family and power politics, and to urge the authorities to address a range of social issues, including women’s rights and the status of political prisoners in the country.

According to a statement on a Twitter page set up for the movement called “Hirak September 15,” the action “represents every citizen who is gravely concerned about his homeland and thinks its sovereignty is under the control of the United Arab Emirates and Egypt and that his dignity has been trampled on by Trump.”

In a reference to the ruling royal family, the statement adds that the movement “represents everyone worried about the country’s resources and thinks they are squandered in the pockets of a small class of people.”

While it presents itself as an independent movement whose organizers could divulge their identities out of fear for their security, the movement is backed by a number of well-known opposition activists such as exiled Saudi dissident Ghanem Al Dosari and anonymous whistleblower Mujtahid, known for his tweet about the inner secrets of Riyadh’s royal court.

The movement stressed its commitment to the nation’s “principles and ethics,” adding that their activities are “limited to peaceful means and [that they] distance ourselves from any violence.”

Since early June, Saudi activists have attempted to organize similar protests but have failed to gather large crowds, since demonstrations are banned in Saudi Arabia.

Lately, a number of prominent personalities were arrested with no reason given by official authorities, such as social media star and entrepreneur Essam Al Zamel and the famous Saudi historian Khaled Al Awda, who is also the brother of one of the kingdom’s most famous clerics Salman Al Awda, also arrested last weekend. The common factor between the detained is that most them have large social media followings.

These arrests, sparked by the “Hirak September 15” movement, also come at a time when Saudi society has shown signs of division over the country’s blockade of Qatar and their government’s seeming subservience to the United Arab Emirate’s foreign policy.

However, media outlets in Saudi Arabia now completely toe the government line on the Qatar issue and no space is given for dissent or criticism, however soft.

As rumors about the imminent coronation of Crown Prince Muhammad bin Salman are flying high, the Saudi government is cracking down heavily on social influencers known to be independently-minded and popular among Saudi youth.

The kingdom’s authorities are now trying to counterattack the calls for protests on social networks through the very same channels. “Saudi Arabia is urging people to report seditious social media activity via a phone app, before demonstrations called for by exiled opposition figures,” reports Reuters.

The Saudi interior ministry even took to Twitter to call on the public to “monitor each other” for what it described as “information crimes” in a message published on September 12. The public prosecutor later on tweeted a part of Saudi Arabia’s terrorism law, which states that “endangering national unity, obstructing the basic law of governance or some of its articles, and harming the state’s reputation or status, are terrorist crimes.”

While some Twitter users expressed support for the government’s approach, using the “We are all Security” hashtag, “the government has still not clearly acknowledged this week’s detentions or responded to requests for comment,” said Reuters.

The Saudi state news agency SPA said authorities had uncovered “intelligence activities for the benefit of foreign parties” by a group of people it did not identify.

Two Saudis Test Positive for COVID-19 After Returning From Morocco