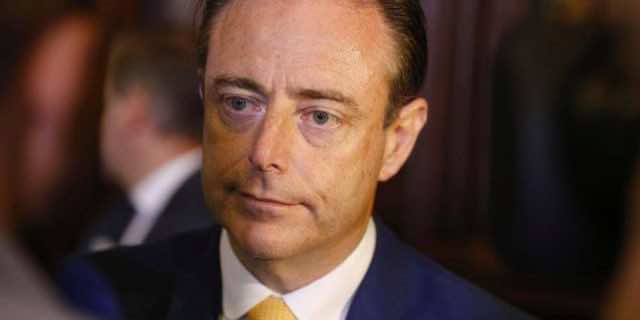 Rabat – Bart De Wever, the president of Belgium’s New Flemish Alliance (NV-A) party and the current mayor of Antwerp, has called for the construction of a Belgian prison on Moroccan soil.

The leader of the conservative separatist Flemish party spoke of his plans while visiting Morocco on Tuesday, saying that the prison would hold Moroccan nationals staying “illegally” in Belgium.

“In Belgium, 1,200 Moroccan detainees are in our prisons, 500 of which are illegal,” he told the Belgian newspaper Het Laatste Neiuws.

De Wever led a delegation to Rabat consisting of cabinet members and local and federal police, meeting with Karim Kassi-Lahlou, the governor and director of general affairs at the Ministry of Interior’s central administration.

“Morocco finally wants to withdraw its criminals who commit crimes illegally in our country, […] which is partly due to the fact that Morocco itself does not want to be seen as a country of origin for terrorism,” he said. “For them it’s a painful image, of course.”

However, local news outlet La Libre noted that Justice Minister Annemie Turtelboom had previously clarified that the number of Moroccan prisoners was 800, not 1,200, and that only 190 could have had their sentences adjusted to have them serve time in Morocco.

The mayor also spoke about the situation in Borgerhout, a district in Antwerp with a large Moroccan population that has become a target of anti-immigration rhetoric and a site of racial tension.

“In Borgerhout, there are some agitated young people, five incidents in three months. If you want to survey the older Moroccan population in Borgerhout, they would like a more stringent approach,” he said.

The mayor also expressed interest in expediting information exchange between the two countries. “The accords concluded between Belgium and Morocco regarding rehabilitation and digital fingerprint exchange should now be implemented and eventually improved,” he added.

As of 2006, Belgium had 249,583 Belgian Moroccans, and a survey by the King Baudouin Foundation showed that 55 percent of them consider themselves to be more Moroccan than Belgian.