Rabat - Israel and  and local and international media have found themselves at odds while trying to give an explanation for the sudden cancellation of the controversial Israel-Africa summit. 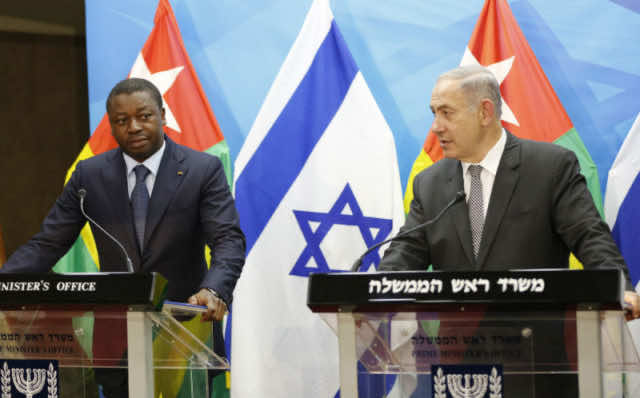 Rabat – Israel and  and local and international media have found themselves at odds while trying to give an explanation for the sudden cancellation of the controversial Israel-Africa summit.

A few weeks before the first Israel-Africa summit was to be held in Togo, the event was called off at the request of the host country’s president, Faure Gnassingbé, according to the Israeli government.

The conference was due to be in late October, with Tel Aviv inviting heads of states and representatives of dozens of African nations to take part. For Israel, the summit would have marked a breakthrough in its charm campaign in the continent.

The exact reason for the cancellation of the event has been a subject of debate. Morocco found itself at the heart of the discussion, as media sources claimed it had put pressure on other countries to boycott the summit. While these pressures were presented by some Israeli media outlets as the main motive for calling off the conference, the Israeli government brushed them off, giving a completely different story.

Emmanuel Nahshon, a spokesperson to the Israeli Ministry of Foreign Affairs, told Al Jazeera that the meeting had been postponed because of the current unrest in Togo, where protests had been sparking up in late August and early September to call for President Gnassingbe to step down.

“The decision was linked to the internal situation in Togo,” said Nahshon. “It has nothing to do with pressure or threats of boycott. We didn’t want to go and place an added burden on Togo.”

Israeli media also pointed to internal hardships for Israeli Prime Minister Benjamin Netanyahu as potential factors contributing to the cancellation of the summit.

Netanyahu is currently facing the potential indictment of his wife Sara, on suspicion of using around USD 100,000 in state funds for personal dining and catering services.

The PM has also been the subject of police investigations about his alleged involvement in fraud and money laundering.

In a conversation with Morocco World News, Khalid Chiat, a professor of international relations at Mohamed I University in Oujda, dismissed the “domestic issues” claim as the true reason behind the posponement of the event.

He pointed to the fact that several African countries are not ready to take part in the summit, something which must have worried Tel Aviv, and that Israel’s ambitions are too big in comparison with its capbilities, adding that the Jewish state is not a superpower in comprison to China or Japan. The two countries have joint forums with Africa.

Was Israel biting more than it could chew? Certainly, affirmed professor Chiat. He suggested that a regional joint Israeli-African meeting would have had more chances of success than the Togo summit.

“There was no way this conference would succeed”, he said.

Meanwhile, a statement by the Palestinian Ministry of Foreign Affairs stated on Monday that the Israeli-African summit was cancelled due to pressure put by Arab and Muslim countries on the Togolese president.

Palestinians have been worried about Israel’s moves to seek new friends in Africa, which many feel would further support its continuous violations of human rights in occupied territories.

While the Palestinian assertions were downplayed by the Israeli government, Zeenat Adam, an independent international relations analyst based in Johannesburg, told Al Jazeera that cancellation of the summit cannot be explained by domestic unrest in Togo alone.

She stressed that there had been “concerted efforts by African countries such as Morocco and South Africa to lobby against the summit.”

A similar reading was given by major Israeli media sources such as Jerusalem Post and the Times of Israel, which stated that the joint Israeli-African meeting was called off after the Palestinian-Arab pressure and threats of boycott.

Morocco was singled out by the Times of Israel as a country that actively lobbied to derail the gathering.

“In addition to strong opposition to the summit from Ramallah, Morocco was leading African efforts to cancel the event,” said the Times of Israel.

In August, Israeli media reported that Morocco had taken action, along with South Africa, to convince other African nations not to take part in the joint summit.

Both the Israeli government and the firm Africa-Israel Connect, the event’s organizer,   downplayed the impact of this initiative. Morocco’s lobbying was described by unamed sources who spoke to the Times of Israel as an indication that Rabat was worried about competition from Tel Aviv, claiming that the kingdom’s opposition to the Jewish state had nothing to do with solidarity with Palestinians. An Israeli official told the same news sources with certainty that the efforts led by Moroccans, South Africans and Palestinians to “sabotage” the meeting “will fail.”

While the Israeli claims were not addressed officially by Morocco, King Mohammed VI had in June suggested that he was unwilling to cooperate with Israel in the continent.

The monarch was due to take part in the Economic Community of West African States (ECOWAS) summit in Liberia, as Morocco had recently announced its bid to join the regional bloc. However, after Netanyahu announced that he too would participate in the meeting, the king cancelled his trip.

The Moroccan Ministry of Foreign Affairs explained in a statement that King Mohammed VI wanted “his first presence at an ECOWAS summit not to take place in a context of tension and controversy and [wanted] to avoid any confusion.”

Commenting on the claim that the kingdom is worried about rivavlry from Israel, professor Chiat said it was highly unlikely because the reality on the ground is totally different.

“It is hard to believe this”, he said, pointing that “Morocco is open to other foreign polices” and ready to cooperate in Africa.

He also explained that “it would hard for Morocco” to take part in a continental conference attended by Israel “because the cost will be high and it will affect Morocco’s image domestically”.