Rabat - Habib El Malki, president of the House of Representative, sparked the ire of the government after he announced in an official communique the removal of visa requirements for Moroccans willing to enter Qatar. 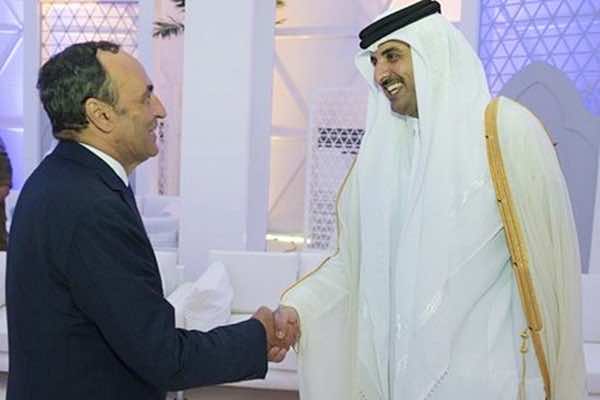 Rabat – Habib El Malki, president of the House of Representative, sparked the ire of the government after he announced in an official communique the removal of visa requirements for Moroccans willing to enter Qatar.

According to an unnamed government official cited by news website Hespress, El Malki has allegedly “overstepped his executive privileges” by announcing such news, especially that soon after, the Qatari ministries of interior and tourism refuted such allegations, “which put the Moroccan government in an embarrassing position.”

“Such news cannot be announced unless they are official,” explained the source to Hespress, adding that “Maliki has put himself and the Kingdom of Morocco in an embarrassing position.”

During the official inauguration ceremony of Hamad Port held on September 5, in Qatar, it was alleged that Qatari official informed El Malki and Moulay Hafid Elalamy, Minister of Industry that Qatar had decided to remove the visa requirement for Moroccans desiring to visit the Gulf country.

However, the Qatari ministries refuted the news on September 10. Instead, Doha announced new measures for Moroccans and Algerians to facilitate procedures for visitors from both countries to come to Qatar.

The Qatari Ministry of Interior and the Tourism Authority (QTA) explained in a statement that Moroccans and Algerians wishing to visit the country “will be issued visa-on-arrival” in Qatar on the condition they hold valid residence permits.

The other option national of both countries will be granted visas is to have visas from the United Kingdom, the United States of America, Canada, Australia, New Zealand, the Schengen countries or the Gulf Cooperation Council (GCC).

The new measure is due to take effected on September 15, 2017. Eligible visitors from both North African countries will have to fill an online application on www.qatarvisaservice.com 48 hours before travelling to Qatar in order to obtain Electronic Travel Authorization (ETA).