Rabat - The 2017 Climate Change Performance Index ranked Morocco among the top ten most climatically conscious countries, and number one in the developing world.

By
Larbi Arbaoui
-
Larbi is a freelance writer and assistant editor at Morocco World News.
Sep 17, 2017
Spread the love

Rabat – The 2017 Climate Change Performance Index ranked Morocco among the top ten most climatically conscious countries, and number one in the developing world. 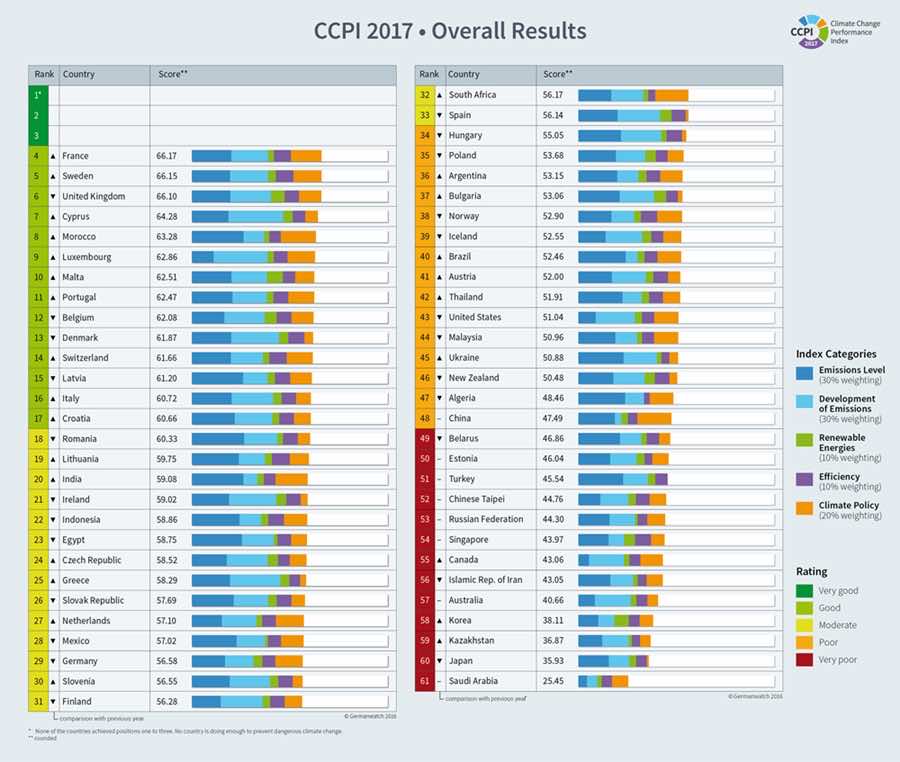 Morocco is the only Arab and African country to be listed in the top ten climatically conscious countries along with France, Sweden, the UK and Cyprus.

Morocco has multiplied its efforts to maintain clean and sustainable energy. “In addition to its unwavering commitment to sustainability, Morocco has a vibrant civil society and substantial experience – and a successful record – of utilizing public-private partnerships to further policy goals,” said former US Ambassador Edward Gabriel.

“Non-state actors looking to strengthen their role in combating climate change have a great example in Morocco,” Gabriel added. In partnership with the Souss-Massa Region, the Climate Chance Summit that took place from September 11-13, 2017 in Agadir, Morocco, and resulted in the Declaration of Agadir.

The nine conclusions of the Declaration of Agadir:

For the last several decades, Morocco has given priority to the environment and sustainable development, and has made significant progress in favour of the environment.

Like this year’s index, the 2016 Climate Change Performance Index also ranked Morocco alongside Denmark, Sweden, and Belgium in the top ten most climatically conscious countries and number one in the developing world.

After the inauguration in 2016 of the solar energy project NOOR 1, the biggest in the world, Morocco has committed to generating 42% of the country’s energy needs from renewable sources by 2020 and 52% by 2030.