Rabat - The former Head of Government, Abdelilah Benkirane, has again taken aim at the National Rally of Independents (RNI) and its leader, Aziz Akhannouche, showing that he has not yet come to terms with his party's government coalition ally. 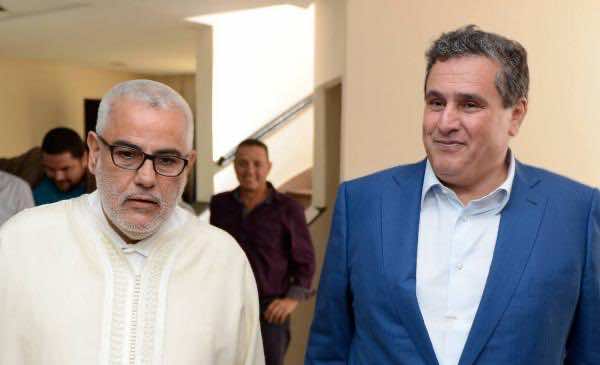 Rabat – The former Head of Government, Abdelilah Benkirane, has again taken aim at the National Rally of Independents (RNI) and its leader, Aziz Akhannouche, showing that he has not yet come to terms with his party’s government coalition ally.

During a meeting of his party, the Justice and Development Party (PJD), Benkirane dealt jabs at Akhannouche, saying that one “can’t build up a party in three months,” in reference to the RNI leader’s attempts to quickly restructure his party.

Benkirane also mocked Akhannouche’s Amazigh language motto, “Agharas Agharas,” adopted by the Souss-native RNI a couple of months to present his party as “honest and straightforward.”

“It’s enough to shout ‘Agharas Agharas’ when we don’t know if your party is a dove or a tractor,” he said, alluding to the long-time relationship between RNI, whose logo is a dove, and the Authenticity and Modernity Party (PAM), whose logo is a tractor.

The Islamist seemed to be accusing the government ally of his party of serving the Authenticity and Modernity Party’s (PAM) interests.

At the meeting, Benkirane brought up various differences between the PJD and the RNI. He said that a party youth wing cannot be built up in three months, even if its meeting was attended by three thousand people.

The former head of government also fired at Nizar Baraka, who is the potential successor of Hamid Chabat, the Istiqlal Party’s embattled leader as well as Benkirane’s ally from outside the government coalition.

Baraka previously called PJD a “rival” party, suggesting that, if ever elected as Istiqlal’s new leader,. His statement meant that he would take a different direction, if ever elected as Istiqlal’s new leader, from that of Chabat. The latter kept an alliance with PJD, despite being excluded from the government coalition after he made statements in December 2016 about Mauritania being historically part of Morocco.

The controversial statement nearly caused a crisis between Rabat and Nouakchott and forced Benkirane, who was then the appointed head of government, to exclude Istiqlal from the coalition.

However, Benkirane himself was dismissed by King Mohammed VI. Since his successor, co-PJD member Saad Eddine El Othmani, formed his own coalition in April, Benkirane has regularly shown he is not on good terms with El Othmani and other party members in the government coalition.

In August, Benkirane fired at RNI and its three other allies, the Popular Movement (MP), the Constitutional Union (UC), and Socialist Union for Popular Forces (USFP), accusing them of blocking his endeavors to form a coalition.