Rabat - The 136 structural projects launched in the Dakhla region in Western Sahara have reached a 31 percent progress rate, with an estimated budget of MAD 18.1 billion, said the Moroccan Minister of Interior Abdelouafi Laftit. 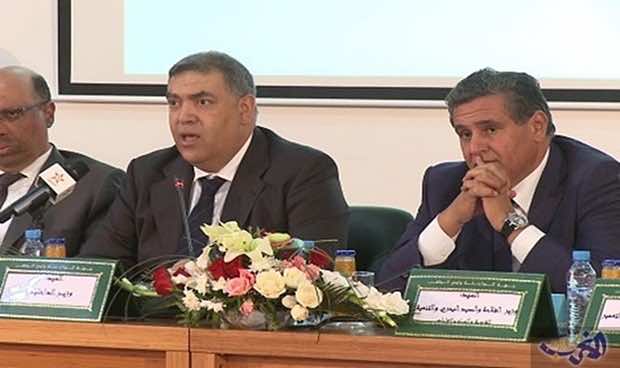 Rabat – The 136 structural projects launched in the Dakhla region in Western Sahara have reached a 31 percent progress rate, with an estimated budget of MAD 18.1 billion, said the Moroccan Minister of Interior Abdelouafi Laftit.

The minister held a press conference on Tuesday in the southern Moroccan city in which he revealed that 31 percent of the projects launched by King Mohammed VI in November 2015 on the occasion of the Green March are in progress, according to the state-run press agency MAP.

For Laftit, the 136 projects launched in the coastal southern city with a total budget of MAD 18 billion are on the right track.

Among these project is the city’s Atlantic Port, which budget tops MAD 6 billion; a MAD 2.8 billion fish farming project, six industrial units for small pelagic species preservation worth MAD 1.4 billion, and a MAD 1.3 billion water desalination project with an irrigation capacity of 5.000 hectares of lands.

Other ports are expected to see life in the Western Sahara region, namely in Laayoun and Boujdour.

Laftit also explained that several road infrastructure projects are on the agenda, one of these a aims to enlarge the national highway linking Tiznit to Dakhla by 161 km for an estimated budget of MAD 340 million.

The Oued-Eddahab and Aousserd provinces will also benefit from 25 urban upgrading projects. The total budget of these is MAD 618.35 million.

The minister added that the government is deploying all its efforts to boost financethe economic activity in the region, by creating an economic development fund to assist companies, help create jobs and ensure stable revenues in the region.

Culture is also at the heart of this structural development strategy. Among projects to be launched in the region are theatres, museums and culture houses.