Rabat - The United Nations’ Human Rights Council (UNHRC) has accepted Morocco’s response to the recommendations of its Universal Periodic Review, delivered on September 21 in Geneva by Mustapha Ramid, Minister in charge of Human Rights. 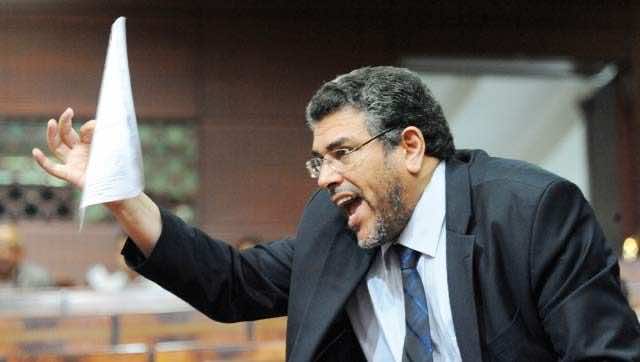 Rabat – The United Nations’ Human Rights Council (UNHRC) has accepted Morocco’s response to the recommendations of its Universal Periodic Review, delivered on September 21 in Geneva by Mustapha Ramid, Minister in charge of Human Rights.

While many states lauded Morocco’s commitment to human rights, commending the kingdom’s decision to accept the majority of UNRHC’s recommendation, for many NGOs, Morocco still has a long way to go.

Ramid’s presentation, in which his stated that “Morocco appreciated the interest given to all institutional reforms during the review, which it had pursued by amending the constitution,” was applauded by countries including Afghanistan, China, Azerbaijan, and Egypt.

The minister also explained that the kingdom’s total or partial rejection of certain recommendations was based on “compliance with the principles and provisions of the Moroccan Constitution and ratified international Conventions.”

Among these rejected recommendation are the death penalty, women’s rights, LGBT rights, and the family code, which for Ramid were red lines Morocco will not cross.

Ramid’s response on these “red lines” brought him under the fire of many national and international NGOs.

The National Human Rights Council (CNDH) was the first to take the floor after the positive feedback delivered by the participating countries. The CNDH expressed its disappointment to see that the government led by the PJD did not accept all the recommendations, reiterating its opposition to the death penalty and support for its abolition in Morocco.

The CNDH also criticized Ramid’s decision to dismiss recommendation on gender equality, in particular with regard to inheritance. It also urged the Executive to strengthen its actions to protect vulnerable groups, including the LGBT community, from violence and discrimination.

The Moroccan president of the Center for Youth Rights and Freedoms (CJDL), Aziz Idamine, also spoke up, pointing out the human rights violations witnessed in Morocco during the Hirak protests in the Rif region.

“We have just presented an oral statement to the Human Rights Council, in which we warned about the excessive use of force during the dispersal of demonstrations in Al Hoceima,” Idamine said.

While highlighting “the restrictions imposed on human rights defenders, whether in terms of prosecution or as regards the aggressions they are subjected to during peaceful demonstrations,” Idamine called into question the “disproportionate use of force by the police during the dispersal of peaceful demonstrations.”

“In addition to the physical violence, the center has denounced the moral violence, including the slander and abuse witnessed during the events in Al Hoceima against demonstrators demanding a hospital, roads, and jobs,” he added.

The president of the CJDL also criticized the stance taken by Ramid and his government in relation to the demonstrations. “We regret the fact that the Minister of State for Human Rights, Mustapha Ramid, has not answered any of our questions in his responses to the interventions,” he insisted.

“He merely spoke of general topics, such as the extension of the prerogatives of the Constitutional Court and the establishment of the Supreme Council of the Judiciary and a ‘firm’ commitment by Morocco to consolidate and complete reform projects in the field of human rights,” Idamine said.

Other international NGOs also delivered their own criticisms. Human Rights Watch wrote of its disapproval that “Morocco has refused the recommendations addressed to it regarding the decriminalization of homosexual relations, the withdrawal of its reservations against the Convention on the Elimination of All Forms of Discrimination against Women, and amendment of the provisions of the Penal Code which are used to imprison journalists and others for their non-violent speeches.”

For its part, Amnesty International deplored “the enforced disappearances of people in the Rif region and Western Sahara.” The NGO asked the Moroccan authorities to “guarantee freedom of speech in Western Sahara. Amnesty regretted the refusal of the Moroccan authorities to release journalists detained for expressing their opinion. The NGO welcomed Morocco’s acceptance of the recommendation addressed to it to punish marital rape, but regretted that there was still no question of renouncing prosecutions for sexual relations outside marriage.”