Rabat - Siham Meftahi, a 21-year-old Moroccan entrepreneur, has been making an impact on the lives of Moroccan women across the kingdom through her online start-up, Safe Eat. Meftahi’s company works to promote and empower housewives by helping them provide personalized catering services. 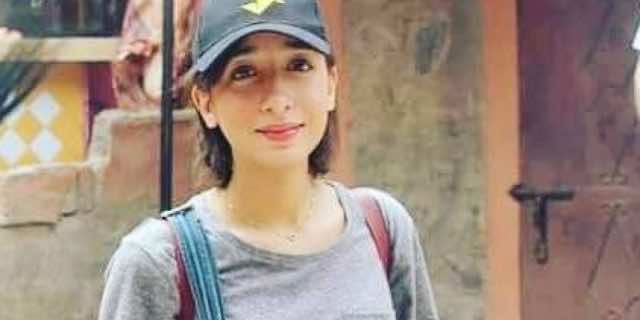 Rabat – Siham Meftahi, a 21-year-old Moroccan entrepreneur, has been making an impact on the lives of Moroccan women across the kingdom through her online start-up, Safe Eat. Meftahi’s company works to promote and empower housewives by helping them provide personalized catering services.

The online network that encourages women cooks to prepare healthy homemade dishes, which are then marketed online.

Meftahi told MWN that she had always wanted to create a startup that would make a positive impact on the lives of Moroccan women. “It did not take me an eternity to believe that it has always been my dream to change the world,” she said.

The entrepreneur explained that she had long been impressed and inspired by women, especially Moroccans, “who are trying as hard as they can to establish themselves as independent and powerful women in a society still ruled by traditions.”

Through Enactus, Meftah was able to develop her entrepreneurial skills and get closer to her achieving her dream.

The club helped her explore Morocco’s faraway places and rural areas, in which she learned about the needs of different communities in the kingdom. “My journey started off by field trips, where I met women who are seeking independence and willing to change their lifestyles,” she said.

Then, in 2016 Meftahi founded Safe Eat. At first, the startup team was made up of two women cooks. As time went by, the small project started to grow. ?“We were able to attract two others recently,” she added.

The young entrepreneur is looking forward to expanding her network. She also aspires to attract as many women as she can. “Five years from today, I would like to see my startup growing, with 20 successful women working hard to improve their status and life conditions,” she asserted.

Safe Eat recently made it to the top nine projects in the world at the 2017 Google Search Stories competition organized by?Google Business Group?(GBG). Meftahi was the only Moroccan, African, or Arab finalist in the competition.

“Whenever I see the positive effect of the startup on the lives of others, I believe that I am committed to work harder to achieve better results and contribute to the development of my country,” she said.