Rabat - Morocco’s football teams, Wydad of Casablanca (WAC) and Fath Union Sport (FUS) beat their opponents during the weekend to secure places among the top eight teams in the CAF Champions League and Confederation cups. 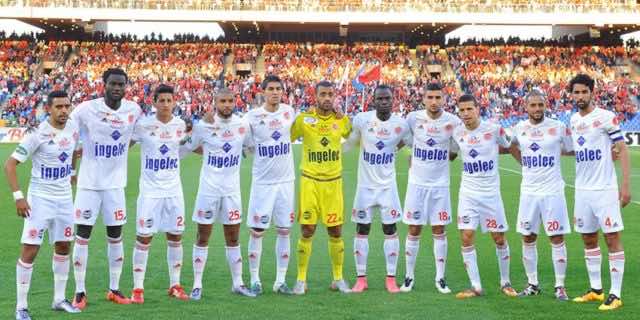 Rabat – Morocco’s football teams, Wydad of Casablanca (WAC) and Fath Union Sport (FUS) beat their opponents during the weekend to secure places among the top eight teams in the CAF Champions League and Confederation cups.

Both teams had a tough time securing their places in the semi-finals after they had to go through penalties to book their tickets to the next round.

On Saturday Wydad managed to get the better of the South African football club Mamelodi Sundowns, the CAF Champions League title-holder, with a 3-2 victory on penalties during a quarterfinal second-leg game in Casablanca.

Wydad had to pull a decisive victory after their loss to Sundowns in the first leg 1-0.

While the Wydad’s strikers failed to score, salvation came at min 25 of the first half when the defensive midfielder, Salaheddine Saidi, netted a heading after a good assist from Mohamed Ounajem.

Throughout the rest of the remaining time of the game, the Casablanca team players sought scoring another goal to avoiding going to the penalties but their efforts were to no avail.

During the penalties, Wydad had to rely on the accuracy of shooting of his players and its goal keeper Zouhir Laaroubi who blocked Sundowns’s fourth kick.

Despite a missed first kick by Amine Atouchi, the other Wydad players knew how to manage pressure and score three kicks.

Wydad is due to face the Algerian club USM Alger in the next round.

Having scored all five kicks, the Moroccan capital team benefited from a first missed kick by their rival to secure their place among the top four CAF Confederation Cup teams.