Rabat- Algeria is once again maneuvering to impose the Polisario Front on a joint conference with Africa. 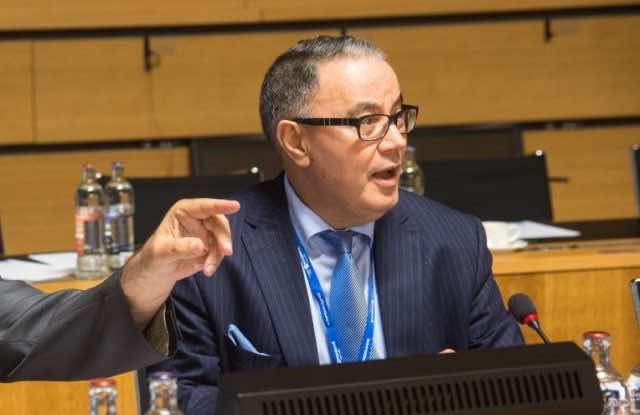 Rabat- Algeria is once again maneuvering to impose the Polisario Front on a joint conference with Africa.

As preparations are underway for the fifth EU-Africa Summit, due to take place in Abidjan, Ivory Coast on November 29-30, Algiers has begun a campaign of misinformation, claiming that the Polisario Front would take part in the upcoming event despite protests by Morocco.

The claims were spread by Algeria’s notorious ambassador to Brussels, Amar Belani, who has made a name for himself by attacking Morocco and its supporters.

In a statement to the the official Algerian press agency, APS, Belani claimed that both the European Union (EU) and African Union (AU) agreed to “re-label” the conference and make it the “EU-AU summit,” meaning that all 55 AU “state” members, including the self-proclaimed Sahrawi Arab Democratic Republic (SADR), would be invited.

This was presented by Belani and anti-Moroccan Algerian media outlets like the French language news website TSA, which relayed the “news” as a “setback” to Morocco.

Belani went even further, claiming the entente between the two organizations was a warning to Morocco not to try to derail the summit, and that it would otherwise have to take “full responsibility.” The ambassador then referenced the kingdom’s “humiliating attempt” to block Polisario representatives from participating in the Tokyo International Conference of African Development (TICAD) in Mozambique, which was “aborted,” according to the ambassador.

What was striking in Belani’s statement is that he used an example that clearly condemns Algeria and its other pro-Polisario backers in Africa. Mozambique, a strong ally of the separatists, forced a delegation of Polisario into the TICAD meeting, even though the organization was not invited into the conference nor is recognized by Japan.

Following the incident, Tokyo expressed regret to Morocco over what happened. The Japanes Minister of Foreign Affairs, Kono Taro, told his Moroccan counterpart Nasser Bourita that his country’s delegation was astounded to see Maputo authorities completely disregarded “event procedures in order to get the non-invited Polisario members inside” a meeting room.

The Moroccan and Japanese delegations who attempted to bar the Polisario representatives from entering, and who subsequently received rough treatment by local security officers, were simply trying to stop the illegal action of imposing an entity which is not member of the organization.

As for the fifth EU-Africa Summit, the Moroccan French-language media outlet Le Desk reported that Belani’s claims had been denied by sources from Brussels.

The website affirmed that the conference would not undergo a change in terms of the members invited to take part, affirming that only the countries recognized by the United Nations would attend. The major European countries, suggested LeDesk, are not willing to grant the wishes of Algeria and its African allies.

“As was always the case with preceding summits, Algerians pushed for an inclusion of SADR, but no change was made in that regard,” an unnamed source told the news site.

LeDesk called the message spread by Belani through his country’s media as “deceptive,” noting that he is so far the only one who has made the claim.