Rabat - Belgian-Moroccan Yasmine lived with her mother until the age of three, when the radicalized beliefs of her father altered the course of her life. In May, Mehdi Atid abducted his daughter and took her with him to Syria, along with a 14-year-old Moroccan girl who is suspected to be pregnant. 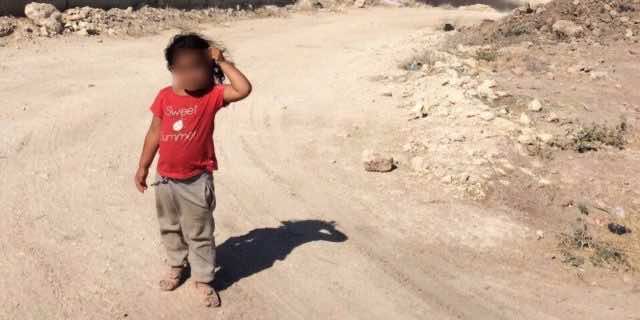 Rabat – Belgian-Moroccan Yasmine lived with her mother until the age of three, when the radicalized beliefs of her father altered the course of her life. In May, Mehdi Atid abducted his daughter and took her with him to Syria, along with a 14-year-old Moroccan girl who is suspected to be pregnant.

Atid, who is divorced from Yasmine’s mother, was released from a two-month prison sentence in May, under judicial control and required to required an electronic bracelet. Once out of prison, he reached out to his former wife, scheduling a visit to meet his daughter in the town of Saint Josse-ten-Noode.

There, Atid broke his electronic bracelet, taking his daughter in one hand and his 14-year-old companion, Firdaous Bouhaltite Soulaïmane, in the other, and fled to Syria under false documents by bus via Germany, Italy, Greece, and Turkey, said the Belgian channel RTL-TVI.

Soulaïmane had been missing for months and is the target of a search by Belgian authorities. She is believed to be pregnant, reports La Libre Belgique.

Initially, Soulaïmane’s disappearance and Yasmine’s abduction were believed to be separate by the Brussels Public Prosecutor office, but they have since been joined as a result of further investigations.

They are currently believed to be in a camp in the small Syrian town of Harim, 3.5 kilometers from the Turkish border, according to La Libre Belgique. The camp is run by Omar Diaby, known as “Omar Omsen,” a French jihadist of Senegalese origin. Nicknamed “Sheikh Google” for his preaching on the Internet, Diaby is accused of having enlisted dozens of French citizens to join jihadist groups in Syria.

Yasmine’s mother had filed a complaint on her daughter’s disappearance. She alerted Foreign Affairs services, but failed to contact Belgian Ministers Koen Geens and Didier Reynders , she told RTL-TVI on Friday.

She also reached out to a group of smugglers, hoping that they could transport the girl to Turkey.

At a price, they even gave her a picture of Yasmine on the Syrian side along the wall separating the two countries.

Belgian activist, Bahar Kimyongür, believes that Turkey could play a positive role in this case.

“We are in a phase of conflict where we can negotiate the liberation of Yasmine,” he told La Libre Belgique.