Rabat – The Adala Association “for the right to a fair trial” has founded a legal clinic, called “Justice for All,” that will be inaugurated on September 28 at the Faculty of Law, Economics, and Social sciences (FSJES) in Mohammedia.

Created in partnership with the faculty and Lawyers Without Borders Brussels, and with financial support from the Kingdom of Belgium, the clinic will offer free, confidential legal assistance.

According to a press release issued by the association, the legal clinic aims to facilitate access to justice under fair conditions, mainly for vulnerable communities like women victims of violence, migrants and refugees, children in precarious situation, and prisoners.

Adala and its partners also intend to implement a pedagogical system enabling law students to put their knowledge into practice and to learn about the legal problems faced by citizens.

Jamila Sayouri, the president of Adala, told Morocco World News that the first preparatory meetings of the clinic were a “real success,” gathering a significant number of governmental, institutional and community actors and establishing a project monitoring advisory committee.

Sayouri explained that she was optimistic about the partnership with Lawyers Without Borders, who she said would ensure the ongoing development of the project and provide the networking opportunities with other legal clinics in Africa and Europe.

According to statement, the launch of this project is accompanied by a broad awareness campaign on the role of legal clinics in access to justice, taking place during an open house that will be held on September 28 and 29.At this event, the students of the FSJES of Mohamadia will be informed about the stakes of the project.

On Saturday, September 30, an international conference will be held in order to debate the concept of the legal clinic as a new academic methodology that combines theory and practice, and its evolution in the light of previous international and Moroccan experiences.

The conference will also discuss the clinic’s role in promoting the right to access to justice, mainly for the most vulnerable groups. 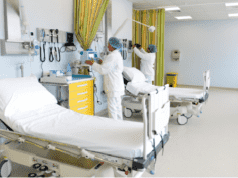