Rabat - Federica Mogherini, the High Representative of the European Union for Foreign Affairs and Security Policy, has praised the organization’s partnership with Morocco, calling it “strategic,” Maghreb Arab Press reported. 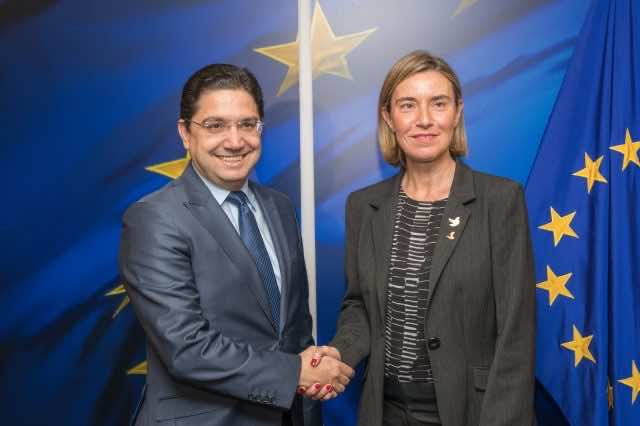 Rabat – Federica Mogherini, the High Representative of the European Union for Foreign Affairs and Security Policy, has praised the organization’s partnership with Morocco, calling it “strategic,” Maghreb Arab Press reported.

In response to a question from a member of the European Parliament, the EU foreign policy chief said on Wednesday that the EU’s collaboration with Morocco remains of “utmost political and economic importance.”

Morocco is a “key partner” in the European neighborhood, said Mogherini who is also serving as vice-president of the European Commission.

She pointed out that the EU had developed a “lasting and highly valuable partnership” with Morocco “over a number of years.”

The EU official also stated that in addition to political dialogue with Moroccan government institutions, the EU also enjoys partners among Moroccan civil society who receive financial contributions to further a reform agenda in the country in line with international standards and with the Moroccan constitution.

Despite moments of tension between Morocco and the European Union over trade relations and the question of Western Sahara, the two sides still regularly manage to come to agreement and acknowledge the importance of each for the other.

In December, a crisis between the two sides erupted when the European Court of Justice ruled that the agriculture agreement between Morocco and the EU did not apply to resources from Western Sahara.

The ruling drew strong criticism from Morocco, which demanded that the EU clarify its position regarding the agreement.

Europe is an important market to Moroccan products, especially agricultural goods. Morocco is also a key partner in immigration policy and a security ally to a number of European countries such as Spain, France, Belgium, and Germany.