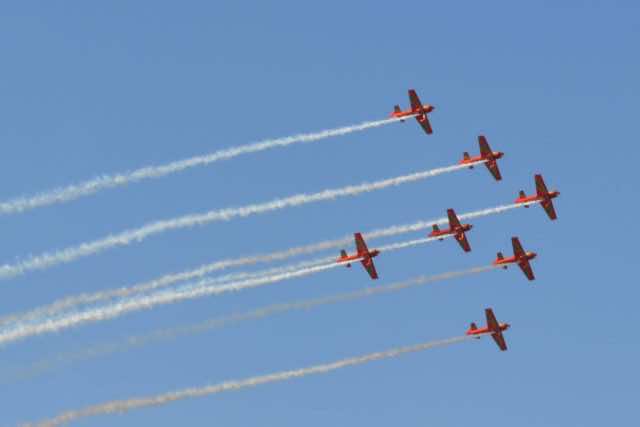 “This event forms part of the activities undertaken since the beginning of 2017 in order to mark the anniversary of the company, which was found in 1958,” said Saida Najiouallah, RAM’s marketing director, to Maghreb Arab Press (MAP).

Najiouallah added that the company aimed to share its history and achievements in a lively format with all Moroccans.

She continued that the company decided to organize this show in the open in order to strengthen the spirit of openness and proximity that characterizes the relationship between RAM and the Moroccans.

Ilham Kazini, the director of development and markets for RAM said that, “the event is a sign of power and strength of RAM, because today the companies that have 60 years of existence are limited due to the constant change in the civil aviation environment, which led to the extinction of several renowned companies.”

Throughout the day, many entertainment activities were organized for the benefit of children and teenagers. The evening ended with a musical fireworks show.

Royal Air Maroc Prepares for Second Round of Layoffs