Rabat - A suspect was arrested on Saturday after a car driver “deliberately” hit pedestrians near the Natural History Museum in London.

Rabat – A suspect was arrested on Saturday after a car driver “deliberately” hit pedestrians near the Natural History Museum in London.

The police said that the incident occurred at about 14:20 local time in Exhibition Road in South Kensington. According to British news outlet, BBC, the pedestrians’ injuries were minor. Investigations have been launched in order to determine the circumstances of the incident.

A man has been detained by police. #Exhibition Road #South Kensington.

“A man has been detained at the scene. Enquiries to establish the circumstances and motive are underway,” said the Metropolitan Police.

Exhibition Road attracts many tourists as it is the home of many renowned museums, including the Natural History Museum, the Science Museum and the Victoria and Albert Museum. The museums were reportedly evacuated immediately after the incident, added BBC. 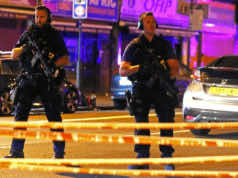