Rabat - A group of Morocco MPs have contested the presence of former Israeli defense minister Amir Peretz in inside the Moroccan parliament. 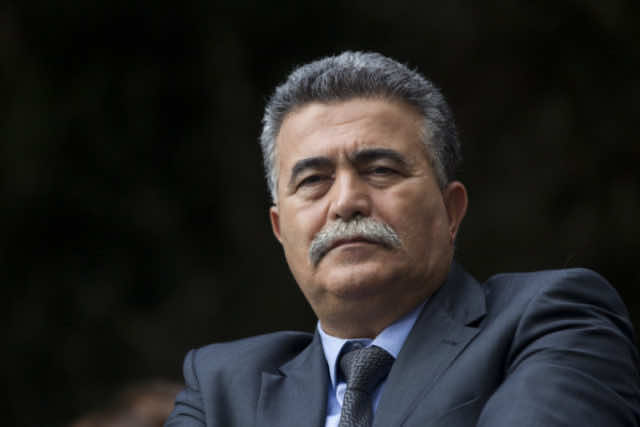 Rabat – A group of Morocco MPs have contested the presence of former Israeli defense minister Amir Peretz in inside the Moroccan parliament.

Peretz headed an Israeli parliamentary delegation to Rabat that took part on Sunday in a meeting by the Parliamentary Assembly of the Mediterranean.

A video published on YouTube shows a group of Moroccan MPs voicing their opposition to the presence of Peretz, who currently serves as a member of the Israeli parliament.

“This man is a war criminal and he has to leave the building of the Moroccan parliament,” one MP shouts at Peretz, who stands silent while an Arab Israeli member of the delegation argues with the MP.

“This man is a war criminal and he has to leave the building of the Moroccan parliament,” said the MP.

MPs from three parliamentary groups at the House of Councilors (the Justice and Development Party (PJD), the Moroccan Union of Labor and the Democratic Confederation of Labor) issued a joint communiqué denouncing the presence of the Israeli delegation on Moroccan soil.

While diplomatic relations between Morocco and Israel were officially cut following the Second Intifada in 2000, Israeli political or sports delegations are not denied entry to Morocco when they are participating in international or regional conferences and events hosted by the kingdom.

Morocco used to be home to the largest Jewish community in the Arab world. More than a quarter of a million of Jews lived in Morocco in the first half of the 20th century, before they started immigrating to Europe or Israel.

Peretz himself is a Moroccan-born Israeli. The Bejaad native visited the kingdom in 2006 and was received by King Mohammed VI, when Peretz was the leader of the Labor Party.

Morocco, especially during the reign of King Hassan II, used to be a major regional peace broker in the dispute between the Israelis and Palestinians.

Moroccans have largely been fervent supporters of the Palestinians. Pro-Palestinian groups in Morocco are active in opposing political and cultural normalization with Israel in the kingdom.

In September, the participation of Moroccan Israeli singer Noam Vazana in the Tangier Jazz Festival was denounced by pro-Palestinian activists.

Sion Assidon, a prominent Jewish Moroccan activist called Vazana’s presence as an indication that “the Zionist propaganda is sneaking in several places to present a ‘positive image’ of the occupation of Palestine.”

The singer responded to the campaign against her saying she came to connect with her Moroccan roots and that never held a gun on a Palestinian.