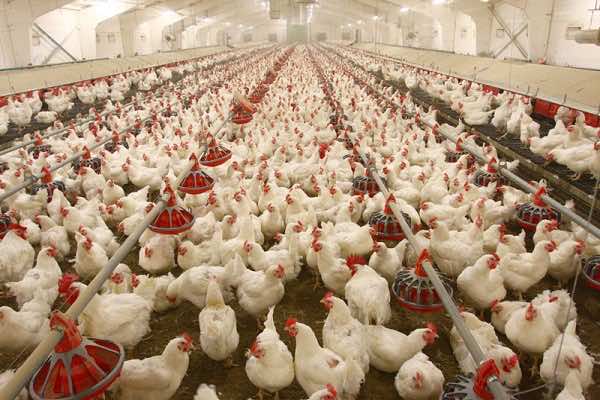 Rabat – Following their audit of the veterinary services provided by the National Office for the Sanitary Safety of Food Products (ONSSA), European Union testing committees have decided to not permit Moroccan operators to export poultry products to the EU market, reports the Moroccan daily l’Economiste.

At the end of two audits carried out in March and September 2017, the EU inspection commission drafted a number of unpleasant conclusions regarding the ONSSA’s health control systems.

The report appears to contradict the official response by the ONSSA, which stated in a press release September 30 that the second audit had been conducted in “good conditions.”

Rather, the monitoring sessions revealed that Moroccan poultry farms would pose “threats” to the food security of European consumers, considering the presence of contagious poultry diseases such avian influenza and Newcastle disease, which could cause serious health problems.

Adding to this danger, the ONSSA has only one laboratory in Casablanca suitable for detecting poultry diseases.

The committee also noted other anomalies regarding the hygiene conditions in slaughterhouses and in the distribution chain. Furthermore, breeders were unable to trace the origin of the poultry.

“Conditions are not fully met for sanitary certification of livestock farms producing poultry meat to be exported to the EU market,” the experts said in a report.

Moreover, l’Economiste has reported that 92 percent of poultry production in Morocco is out of control of ONSSA, occurring instead in the informal sector.

The discovery in 2016 of a large number of poultry corpses likely to have come from poultry farms destined for export have pushed EU inspectors to point out the ineffectiveness of ONSSA’s controls.

The EU inspection commission has asked the ONSSA to remedy the deficiencies found in the poultry farm Moroccan, said l’Economiste.

As is usually the case with EU audits in “third world countries,” the applicant country is called for a remedial session in order to “rectify” the non-conformities observed by European experts and to implement the actions necessary for obtaining the authorizations required for export to the EU market.