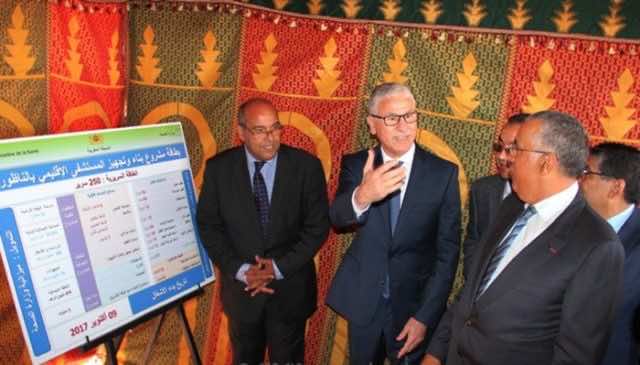 Nador’s provincial hospital, at a capacity of 250 beds, will be composed of several branches and services, including a surgical center, an emergency room, and a women and children center, which will include maternity and child services.

The hospital will also have patient and functional diagnostic rooms, a radiology unit, and a mammography unit, as well as a surgical complex with seven rooms, a laboratory with modern equipment and other outbuildings, including a pharmacy, a reception room, and a morgue with an autopsy room.

The minister of health said that he is “committed to providing this hospital with modern biomedical and surgical equipment once operational.”

The centerwill have several units and services, including two chemotherapy and radiotherapy units, an emergency first aid service, a day hospital, a pharmacy, a reception area, and an administrative block.

Speaking to the press during the launch of the construction work for the two medical facilities,the minister of health highlighted the importance of these two hospitals in the northern region. He continued to say that other health infrastructures are currently being constructed in the provinces of Nador and Driouch, with an investment of MAD 922 million.