Rabat - The Ministry of National Education has published a list of private schools suspected of inflating students’ grades during the 2016-2017 school year exams.

Rabat – The Ministry of National Education has published a list of private schools suspected of inflating students’ grades during the 2016-2017 school year exams.

The ministry issued a press release on October 10 revealing the names of the private schools. The list, published October 10, follows the ministry’s initial statement on October 6, explaining that 32 private schools would be subjected to strict disciplinary measures for inflating baccalaureate students’ continuous assessment grades.

The ministry indicated that it will no longer allow the private schools in question to count the continuous assessment grades in the “Massar” until the ministry’s inspectors verify the veracity of the students’ grades.

The ministry’s investigations showcased that there were huge disparities between the students’ continuous grades and their baccalaureate results and regional grades. The ministry of education stated that it would not tolerate such practices, which it said were contradictory to the principle of equal opportunities between students. 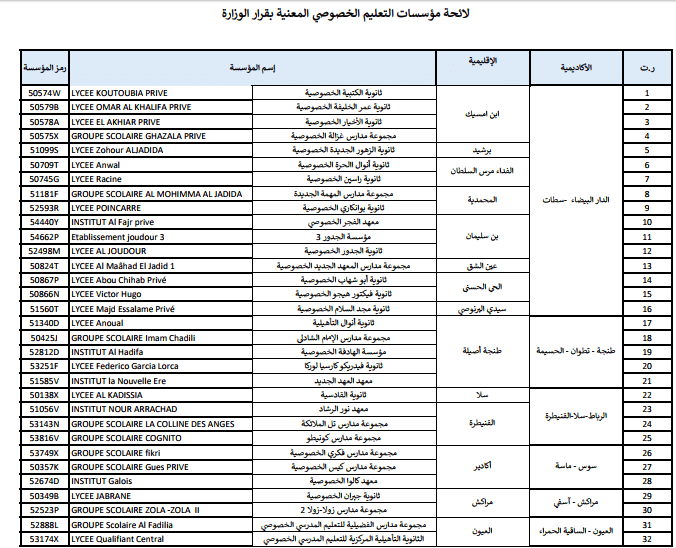