Rabat - Less than a month before the Atlas Lions’ decisive game against Ivory Coast in Abidjan, Moroccan sports officials are seeking to attract local fans to travel and cheer for the Moroccan team by offering free tickets and reduced ticket prices. 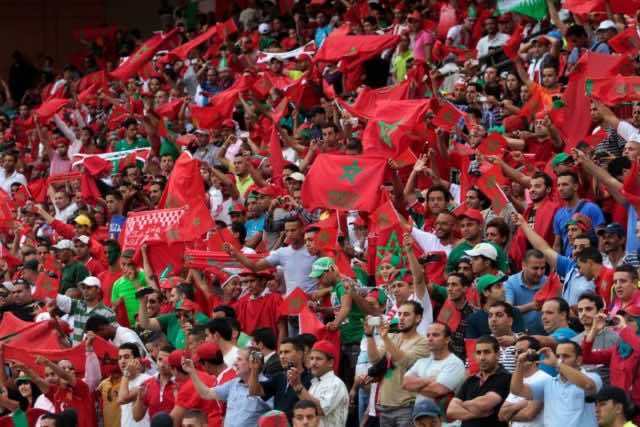 Rabat – Less than a month before the Atlas Lions’ decisive game against Ivory Coast in Abidjan, Moroccan sports officials are seeking to attract local fans to travel and cheer for the Moroccan team by offering free tickets and reduced ticket prices.

The Atlas Lions are set to face the Elephants on November 6 for the sixth and final round of the African World Cup Qualifiers. The Moroccan team is the leader of Group C with 9 points, 1 point ahead of Ivory Coast.

Supporters of Moroccan football team should not miss next month’s game. According to football news site Liondelatlas.ma, Atlas Lions fans who will travel to attend the game will enjoy free access to the Félix Houphouët-Boigny stadium.

Further, on Thursday the Moroccan Ministry of the Youth and Sport and Moroccan Royal Federation of Football (FRMF) announced that they had obtained a favorable answer from Royal Air Morocco (RAM) to their requests to reduce round-trip ticket prices for Moroccan fans to MAD 2,000, reported

A round-trip flight from Casablanca to Abidjan generally costs MAD 10,930.

The Moroccan football squad is only 1 point away from booking a ticket to the World Cup for the first time in 20 years.

Three weeks prior to the decisive game, the faceoff between Morocco and Ivory Coast continues to the headlines of Moroccan press. The daily newspaper Akhbar Alyaoum published a picture of the Lions with the title: “Russia’s World Cup…Only 90 minutes separate the Lions from the world cup.”