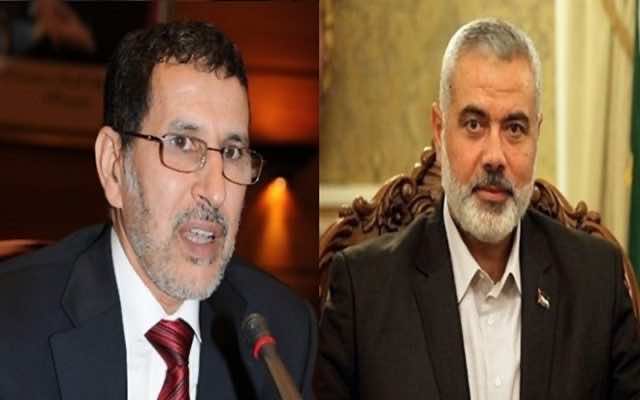 During the conversation, Haniyeh explained to El Othmani the “major points of the agreement” of intra-Palestinian reconciliation between the Gaza-based Islamic resistance movement and the Fatah movement of Mahmoud Abbas, Head of the State of Palestine and Palestinian National Authority (PA), said the organization.

Hamas leader and El Othmani also discussed “the challenges that faced al Quds and the Israeli occupation plans and how it attempts to impose a temporal and spatial division of Al Aqsa mosque.” Haniyeh emphasized that “these challenges pushed [the two parties] to achieve a national unity intended to face these challenges,” commending Morocco and King Mohammed VI’s role in protecting the Aqsa mosque.

During the phone conversation, El Othmani stressed the great interest that the Moroccan monarch pays to the Palestinian issue, expressing the hope that the agreement will be a good start for the Palestinian people.

On October 12, Hamas signed a reconciliation deal with Fatah in Cairo, Egypt after a decadelong conflict. The announcement was made after the two parties’ representatives met to implement a “unity agreement” that was signed back in 2011 but was not put into force, reported Qatari news outlet, Al Jazeera.

Tensions mounted between the two parties after they failed to reach an agreement to share government power.

The conflict between Hamas and Fath escalated in 2007, which resulted in Hamas’ takeover of Gaza, also referred to as Battle of Gaza. The agreement reached in Cairo aims to end the rift between the two parties.

Azzam al-Ahmad, head of the Fatah-dominated Palestinian Authority (PA) said in a press conference that the two parties agreed that the Rafah border crossing between Gaza and Egypt would be taken over by the presidential guards of PA President Mahmoud Abbas starting from November 1.

Al-Ahmad said that “according security measures will be applied and adopted by the Palestinian Authority where the presidential guards will be spread all over the borders,” reported Al Jazeera.