Rabat - Algerian Rai legend Cheb Khaled is once again at the heart of a controversy related to his double nationality. 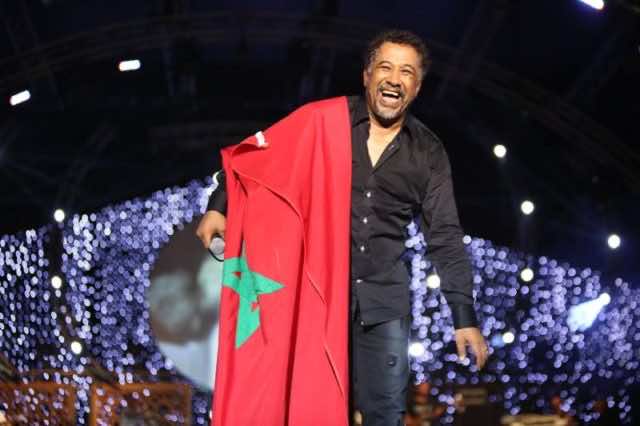 Rabat – Algerian Rai legend Cheb Khaled is once again at the heart of a controversy related to his double nationality.

The Algerian-born singer, who acquired Moroccan nationality in 2013, was accused by Egyptian singer Mohamed Fouad of backing out from a duet the two recorded. The song was meant to honor King Mohammed VI, according to media reports.

A series of reports, statements and counter statements led to controversy that draw mixed reactions online.

The duet was produced by the Kuwaiti musician Mosab El Anzi, a holder of Moroccan nationality who previously produced a “patriotic” Moroccan song uniting 15 local artists.

While media reported Cheb Khaled and Fouad recorded the song in Paris and Egypt respectively, the Rai singer came out with an announcement denying the news.

In a Youtube video, the 57-year-old singer stated that the only Egyptian singer he is making a due with is Tamer Hosny.

His denial of an existing collaboration with Fouad prompted the latter to respond, expressing his astonishment at Khaled’s statements.

“I hope he doesn’t make such a mistake in the future,” Fouad told MBC 4’s ET Arabic.

Fouad explained that he was offered to record a song honoring King Mohammed VI, who is reportedly going to pay a visit to Egypt.

He added that they both recorded their own vocal tracks, but that Khaled asked for adjustments because he was encountering problems hitting the right notes.

Entertainment journalists gave different readings to Khaled‘s apparent retreat from the duet. In addition to the existing tension between Morocco and Algeria, especially over the question of Western Sahara, some pointed to the fact that singing alongside Fouad is in itself a controversy.

Algerians do not seem ready to forgive and forget. Khaled, apparently having realized this, decided to deny having anything to do with Fouad.

While a duet with Fouad is enough reason for Algerian fans to express their anger at Khaled, arguably the country’s most famous singer worldwide, singing for King Mohammed VI might even be a more serious mistake.

Algerian media constantly attack the Moroccan monarch, who has good relations with the Rai legend. The King himself took the decision to grant him the Moroccan nationality.

“I have had the chance to know the King since he was a prince,” he told Moroccan French language magazine Tel Quel in 2009. “When he became King, he didn’t turn his back on me.”

Despite being appreciated by the King and a huge fan base in Morocco, Khaled‘s double nationality has repeatedly put him at the heart of controversies. The singer, also famous for his uncalculated statements and actions, made things even more complicated for himself.

In a previous interview with television channel Al Arabiya, he used the term “Western Sahara” to refer to the disputed territories between Morocco and the Algeria-backed Polisario. A majority of Moroccans use the term “Moroccan Sahara” or “southern provinces” to designate the region.

In 2008 he made his Moroccan fans angry for reportedly raising the Polisario flag in one of his concerts in Spain.

He drew criticism from both countries when he performed in Laayoune in 2010 Western Sahara in and in 2015 after his concert in Sahrawi refugee camps in Tindouf, Algeria.

While Khaled seems to be attempting the difficult game of balancing relations with the two countries, other famous Algerian Rai singers, such as Faudel who also holds the Moroccan nationality, have apparently given up.

Both singers have settled in Morocco and openly expressed their admiration for King Mohammed VI and said they are content in living in the Kingdom despite the indignation of their fellow countrymen.